This TEK is intended to help designers understand the ACB design methodology and the different variables influencing the design and safety factor selection. Articulating concrete block (ACB) systems provide erosion protection to soil exposed to the hydraulic forces of moving water. ACB systems are a matrix of individual concrete blocks placed closely together to form an erosion-resistant overlay with specific hydraulic performance characteristics. Because it is composed of individual units, the ACB system can conform to minor changes in the subgrade without loss of intimate contact. Systems may be connected through geometric interlock and/or other components such as cables. Systems with openings in the blocks can typically be vegetated to provide a “green” channel and facilitate infiltration/exfiltration of channel moisture. Figure 1 illustrates a variety of ACB systems, but is not all-inclusive of available systems.

This TEK addresses the structural stability of ACB revetment systems as a function of site-specific hydraulic conditions and unit characteristics. This TEK does not address geotextile filter and/or subgrade filter design, minimum installation guidelines critical to the proper performance of ACB revetments, or minimum upstream or downstream toe treatments. These topics are covered in design manuals such as references 5 and 6. 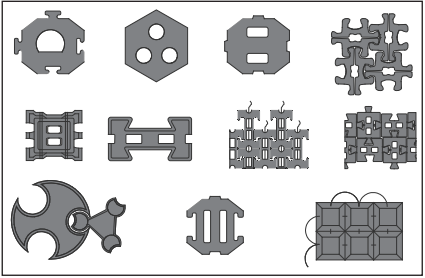 Figure 1—Examples of Proprietary ACB Systems (plan view). These are not inclusive of all available configurations. No endorsement or recommendation is intended.

Similar to many rip rap sizing methods, the Factor of Safety method quantifies hydraulic stability of ACB systems using a “discrete particle” approach (see ref. 7). The design method involves balancing the driving and resisting forces, including gravity, drag and lift as illustrated in Figure 2. In typical channel and spillway applications, failure due to sliding (slipping) of the ACB revetment along the bed is remote. The revetment system is more apt to fail as a result of overturning about the downstream edge of the ACB unit, or downstream corner point when the ACB unit is located on the side slope of a steep channel. For cases where the revetment is placed on steep side slopes (2H:1V or steeper), the design should evaluate the potential for slip shear failures along geosynthetic-ACB unit interfaces induced by hydraulic and gravitational forces (i.e., potential slope instability).

Fundamental principles of open channel flow and rigid body mechanics are used along with hydraulic test results supplied by manufacturers. The size and weight of the ACB units, as well as performance data from full-scale laboratory testing, are considered in evaluating the ratio of resisting to overturning moments (the “force balance” approach). This ratio defines the factor of safety against uplift. The design procedure accounts for additional forces applied to the unit when protrusions above the matrix occur, such as subgrade irregularities or due to improper placement (see Figure 3). Failure is defined as loss of intimate contact between the ACB unit and subgrade. The effects of cables or rods, vegetative root anchorage or mechanical anchorage devices are conservatively ignored. 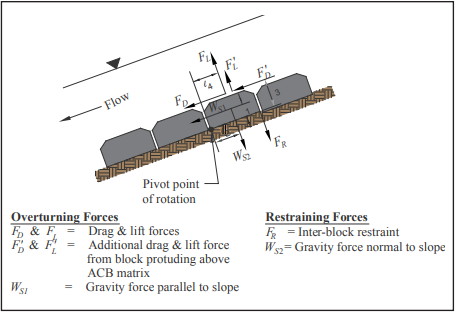 Figure 2—Moment Balance on an ACB at Incipient Failure (ref. 6) 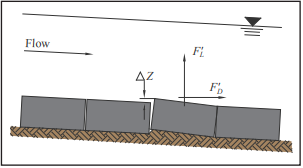 There are several factors that need to be understood and considered when evaluating the appropriate target safety factor for design purposes. These can be categorized into two groups; external and internal factors. The external group consists of factors such as the complexity of the hydraulic system, the uncertainty of the input hydraulics, and the overall consequence of failure. These uncertainties are accounted for in the design by incorporating them into the target safety factor.

As discussed below, there are multiple facets of the safety factor methodology that are considered as they relate to external and internal design factors.

Taking into consideration all of the points addressed above, what is the proper target safety factor required for a dam overtopping or spillway application? It is safe to state that the methodology used for ACB design is full of conservative assumptions. From the fact that tapered ACB systems have not reached their threshold condition in the testing flume to the fact that vegetation increases the allowable shear stress, it is apparent that the resulting safety factor can be conservative by 20 – 50%. Therefore, a target safety factor of 1.3 – 1.5 is adequate for applications in which the design hydraulics and site geometry are clearly understood, such as dam overtopping or spillway applications. Ultimately, the “external” factors and overall design of the project will need to be evaluated and decided on by the engineer of record. It may also be appropriate for an individual experienced in ACB design to offer an opinion on how these factors should be incorporated into an overall target safety factor.

τo is applied over the channel boundary, regardless of o channel lining. Shear stress is a function of the hydraulic radius and the slope of the energy line (for the simplest case—the bed slope), both defined by channel geometry and flow conditions.

The cross-section averaged bed shear stress is suitable for uniform flow conditions such as those found in long straight reaches of open channels with uniform cross section. It may be determined using simplified model approaches, such as the Manning equation or the HEC-RAS model (ref. 11). For cases involving bends, confluences, constrictions and flow obstructions, more sophisticated hydraulic modeling is generally appropriate, such as a two-dimensional model which can evaluate time-dependent flow conditions or complex geometry (ref. 10).

Historically, manufacturers of ACB systems published performance data from full-scale tests performed in accordance with Federal Highway Administration guidelines (ref. 8). Two relatively new ASTM standards have been developed based on the FHWA method: Standard Guide for Analysis and Interpretation of Test Data for Articulating Concrete Block (ACB) Revetment Systems in Open Channel Flow, ASTM D7276 (ref. 3) and Standard Test Method for Performance Testing of Articulating Concrete Block (ACB) Revetment Systems for Hydraulic Stability in Open Channel Flow, ASTM D7277 (ref. 4), that eventually will replace the FHWA test method. This data provides the critical shear stress, τc, and is based on specific flow conditions and ACB system characteristics. The manufacturer should specify whether the critical shear stress is for a unit on a horizontal surface or on an inclined surface. Values for a unit on a horizontal surface are commonly specified. It is important that the designer consider the full-scale test configuration and hydraulic conditions used to derive the critical shear stress on a horizontal surface.

Testing involves the construction of a full-scale test embankment that is subsequently exposed to hydraulic load until failure—defined as the local loss of intimate contact between the ACB unit and the subgrade it protects. A schematic of a typical flume is illustrated in Figure 5. ACB system stability is evaluated by summing the driving and resisting moments about the toe of an individual ACB unit. The inter-block restraint, FR, is ignored, as is any contribution from cables, anchorages and vegetation (see Figure 2).

ACB placement or subgrade irregularities can result in one unit protruding above the ACB matrix, as shown in Figure 3. The protrusion height, ΔZ, is a function of installation practice and block-to-block interface, and is often assumed to be ¼ to ½ in. (6 to 13 mm). However, the designer must consider site-specific conditions and adjust ΔZ as required. The lift force, F’L, resulting from the protrusion is conservatively assumed equal to the drag force, F’D.

The established design methodology assumed that the flow was parallel to the block and calculated the drag forces using the block width perpendicular to the flow, b (see equation for F’D in Table 1 and Figure 6b). However, in the field not all ACB applications have the flow aligned with the sides of the block. To account for that uncertainty, it is recommended that the diagonal distance of the block, 2l2, be used instead of b in the drag force calculations (see Figure 6b). It is recommended that the designer analyze the project conditions and determine the appropriate dimension for determining the drag forces, F’D, and safety factors on each project. Examples of non-parallel flow conditions are open channels and levees where the flow alignment is uncertain during the life of the project.

The factor of safety against loss of intimate contact is considered to be a function of design bed shear stress, critical shear stress, channel geometry and ACB unit geometry and weight. Figure 2 illustrates unit moment arms based on unit geometry. The safety factor for a single ACB unit is determined from the ratio of restraining moments to overturning moments. Considering the submerged unit weight, WS, unit moment arms and drag and lift forces, the safety factor, SF is defined as (ref. 6):

Dividing by l1WS and substituting terms, the equation for SF resolves to that presented in Table 1. Table 1 also outlines the calculations necessary for determining factor of safety. 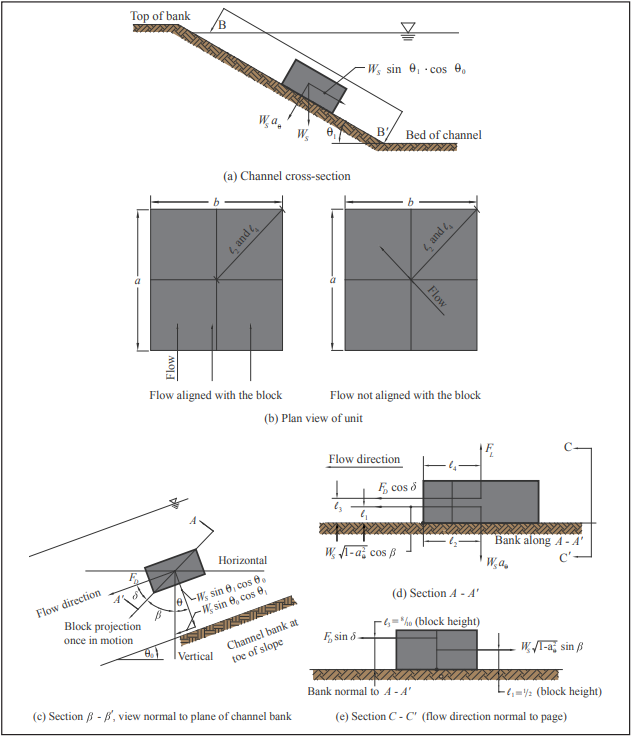 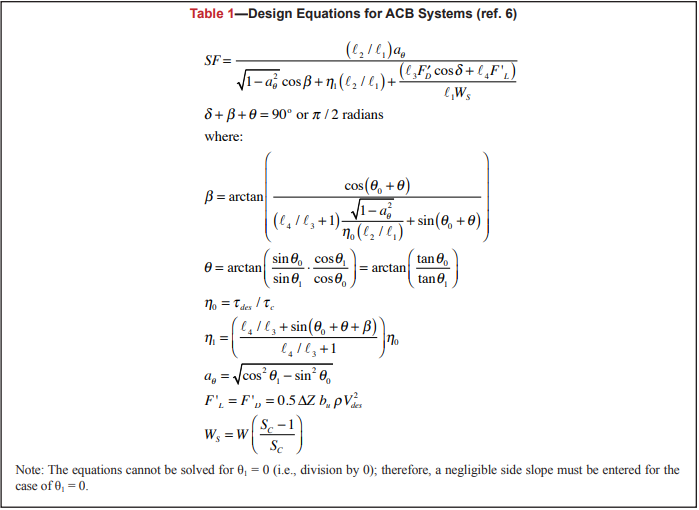 the following are calculated using the equations in Table 1:

Because the calculated factor of safety exceeds the target, the proposed ACB system is stable against loss of intimate contact.

An ACB Design Spreadsheet (ref. 15) that makes these calculations much easier is available free on request via the NCMA web site.