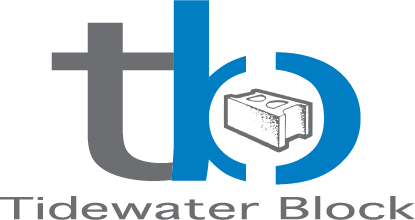 Thermal bridging occurs when a relatively small area of a wall, floor or roof loses much more heat than the surrounding area. Thermal bridging can occur in any type of building construction. The effects of thermal bridging may include increased heat loss, occupant discomfort, unanticipated expansion/contraction, condensation, freeze-thaw damage, and related moisture and/or mold problems for materials susceptible to moisture. The severity of the thermal bridge is determined by the extent of these effects.

Thermal bridges, and the subsequent damage, can be avoided by several strategies which are best implemented during the design stage, when changes can be easily incorporated. After construction, repairing thermal bridges can be both costly and difficult.

A thermal bridge allows heat to “short circuit” insulation. Typically, this occurs when a material of high thermal conductivity, such as steel framing or concrete, penetrates or interrupts a layer of low thermal conductivity material, such as insulation. Thermal bridges can also occur where building elements are joined, such as exposed concrete floor slabs and beams that abut or penetrate the exterior walls of a building.

Minimizing moisture leakage will also alleviate thermal bridging due to air leakage for two reasons: air will flow through the same points that allow moisture entry; and water leakage can lead, in some cases, to degradation of air barriers and insulation materials.

Possible effects of thermal bridges are:

Not all thermal bridges cause these severe effects. However, the severity of a particular thermal bridge should be judged by the effect of the thermal bridge on the overall energy performance of the building; the effect on occupant comfort; the impact on moisture condensation and associated aesthetic and/ or structural damage; and degradation of the building materials. Appropriate corrective measures can then be applied to the design.

In a single wythe concrete masonry wall the webs of the block and grouted cores can act as thermal bridges, particularly when the cores of the concrete masonry units are insulated. However, this heat loss is rarely severe enough to cause moisture condensation on the masonry surface, or other aesthetic or structural damage. These thermal bridges are taken into account when determining the wall’s overall R-value, as noted above. In severe climates, in certain interior environments where condensation may occur under some conditions, or when otherwise required, the thermal bridging effects can be eliminated by applying insulation on the exterior or interior of the masonry, rather than in the cores. In addition, thermal bridging through webs can be reduced by using a lighter weight masonry unit, or by using special units with reduced web size, or by using units that have fewer cross webs.

Horizontal joint reinforcement is often used to control shrinkage cracking in concrete masonry. Calculations have shown that the effect of the joint reinforcement on the overall R-value of the masonry wall is on the order of 1 – 3%, which has a negligible impact on the building’s energy use.

In masonry cavity walls, insulation is typically placed between the two wythes of masonry, as shown in Figure 1. This provides a continuous layer of insulation, which minimizes the effects of thermal bridging (note that some references term the space between furring or studs as a “cavity,” which differs from a masonry cavity wall).

Because the wall ties are isolated from the interior, the interior surface of the wall remains at a temperature close to the building’s interior temperature. The interior finish material is not likely to be damaged due to moisture condensation, and occupant comfort is not likely to be affected. As with horizontal joint reinforcement in single wythe construction, the type, size, and spacing of the ties will affect the potential impact on energy use. 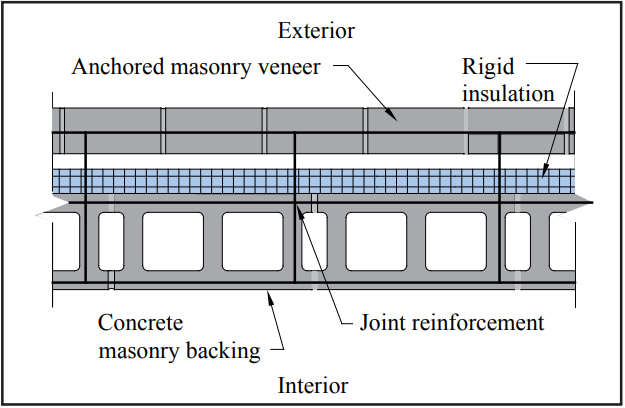 Figure 2 shows a cross section of a typical concrete masonry veneer over a steel stud backup. Steel studs act as strong thermal bridges in an insulated wall system. Almost 1,000 times more heat flows through the steel than through mineral fiber insulation of the same thickness and area. The steel stud allows heat to bypass the insulation, and greatly reduces the insulation’s effectiveness.

Just as for concrete masonry webs, the thermal bridging through steel studs must be accounted for. According to ASHRAE Standard 90.1, acceptable methods to determine the R-value of insulated steel studs are: testing, modified zone calculation method, or using the insulation/framing layer adjustment factors shown in Table 1. The effective framing/cavity R-value shown in Table 1 is the R-value of the insulated steel stud section, accounting for thermal bridging. Using these corrected R-values allows the designer to adequately account for the increased energy use due to the thermal bridging in these wall assemblies.

Because the steel studs are typically in contact with the interior finish, local cold spots can develop at the stud locations. In some cases, moisture condenses causing dampness along these strips. The damp areas tend to retain dirt and dust, causing darker vertical lines on the interior at the steel stud locations. If warm, moist indoor air penetrates into the wall, moisture is likely to condense on the outer flanges of the steel studs, increasing the potential for corrosion of studs and connectors and structural damage of the wall. Gypsum sheathing on the exterior of the studs can also be damaged due to moisture, particularly during freeze-thaw cycles. These impacts can be minimized by including a continuous layer of insulation over the steel stud/insulation layer. 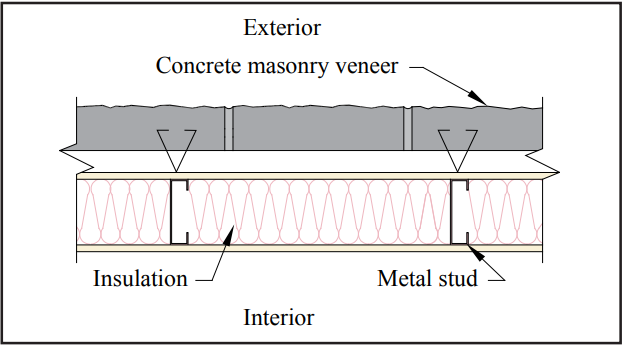 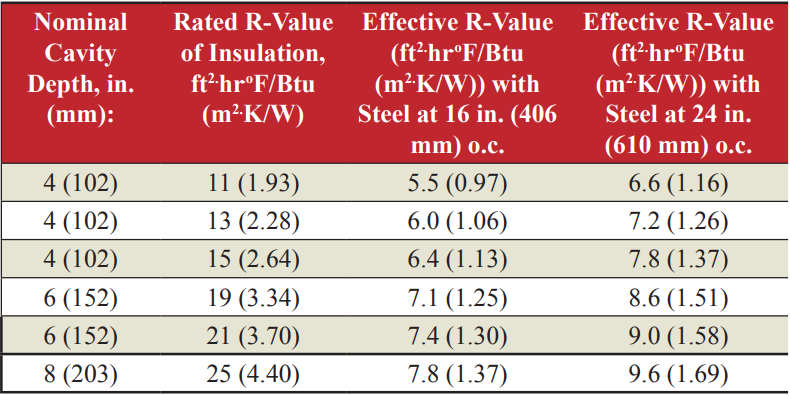 Another common thermal bridge is shown in Figure 3. When this wall system is insulated on the interior, as shown on the left, thermal bridging occurs at the steel beam and where the concrete floor slab penetrates the interior masonry wythe.

A better alternative is to place insulation in the cavity, as shown on the right in Figure 3, rather than on the interior. This strategy effectively isolates both the slab edge and the steel beam from the exterior, substantially reducing heat flow through these areas and condensation potential, and decreasing heating loads (ref. 3).

A third alternative, not illustrated, is to install insulation on the interior of the steel beam. This solution, however, does not address the thermal loss through the slab edge. In addition, the interior insulation causes the temperature of the steel beam to be lower, and can lead to condensation unless a tight and continuous vapor retarder is provided.

Because a parapet is exposed to the outside environment on both sides, it can act as a thermal fin, wicking heat up through the wall. Figure 4 shows two alternative insulation strategies for a masonry parapet. On the left, even though the slab edge is insulated, the parapet is not. This allows heat loss between the roof slab and the masonry backup.

A better alternative is shown on the right in Figure 4. Here, the parapet itself is insulated, maintaining a thermal boundary between the interior of the building and the outdoor environment. This significantly reduces heating and cooling loads, and virtually eliminates the potential for condensation on the underside of the roof slab.