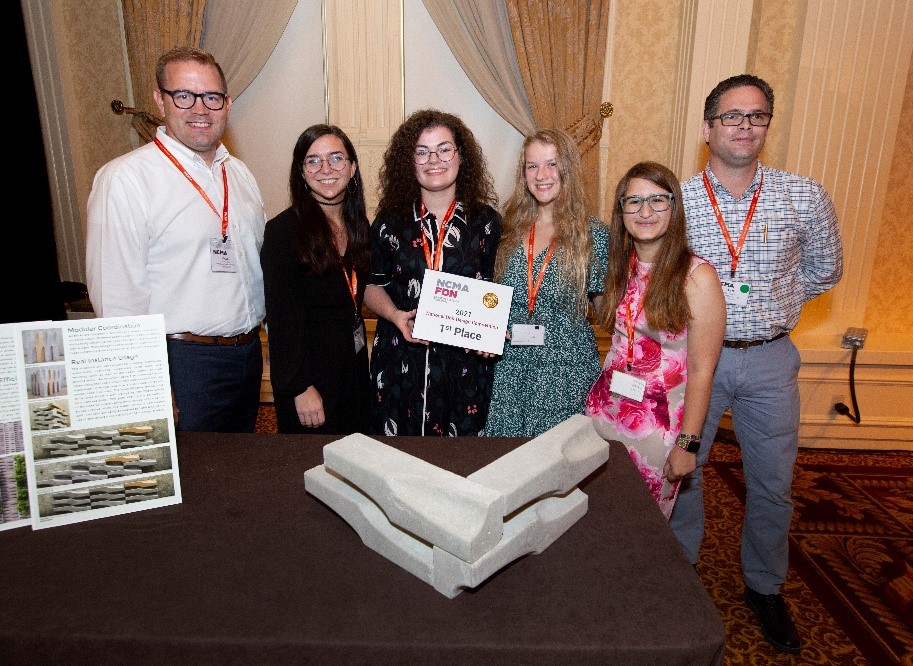 Two college teams presented their unique, fresh concrete masonry unit (CMU) designs at the 2021 Unit Design Competition (UDC) during NCMA’s Midyear event at the Pfister Hotel in Milwaukee, Wisconsin. Judges reviewed and scored the designs prior to the event and the results were announced during the in-person event. The team from Mississippi State University took the top prize over second place Iowa State.

“It is always good to see new ideas and young minds looking into the future and making our world a better place to live,” said Kevin Mueggenborg, Dolese Brothers, Production Technologist and UDC Judge. “This is a great competition and I learn something every year”

The team of Jenny Hutton, Sarah Mixon, Gabbi Morelli, and Skylar Sloan, all students at Mississippi State University under the tutelage of Professor Jacob Gines, took first place. The team’s design, dubbed “Ellipse”, wowed the audience with their inventive design. The jury loved the hands-on prototyping of the units, which provided not just great visuals, but real world, practical engagement for the students. 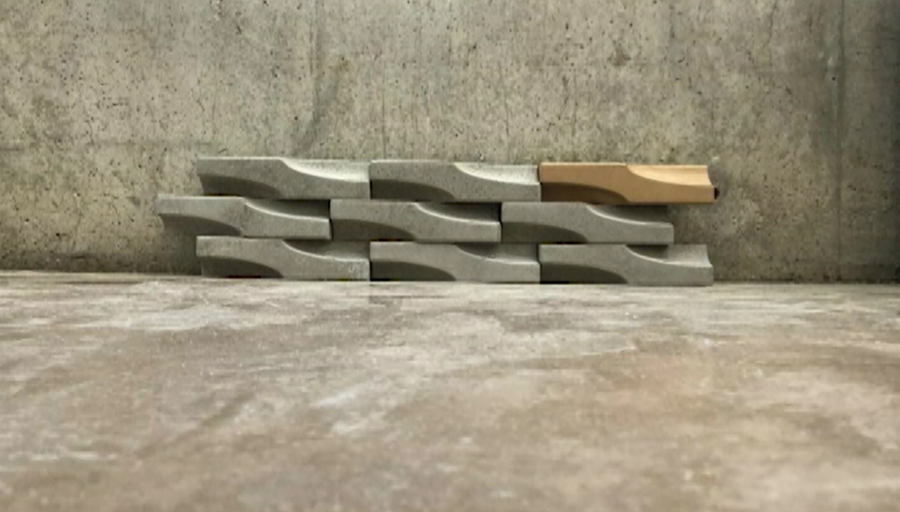 In a search for innovative ways to combine curves and deep reliefs within the rectilinear form of a unit, the design of The Ellipse was developed. Having incorporated ellipsoid voids that reach halfway through the overall width of the unit, the design benefits from the deep shadows and arcs without compromising the stability and structural integrity of a traditional unit.  The face of this design included rounded rather than sharp edges, not only aiding to the aesthetic flow, but also creating a more chip-resistant material by eliminating corners that may be damaged in transport.

The team created the form through the combination of a simple rectangle and ellipse both with the same base dimensions, 3⅝ʺ x 3⅝ʺ x 15⅝ʺ. The team then used the ellipsoid shape produced to subtract two of the corners from the basic monarch brick form.  The voids have dimensions equal to one half of the length, width, and height, allowing the brick to have enough depth to create significant shadows while leaving the brick thick enough to be structurally sound.

The team from Iowa State University in Ames, Iowa claimed second place in the competition. The team consisted of Aaron Howe, Jorge Nunez and Devin Palmberg under the guidance of Professor Bosuk Hur. They presented their design, “The CMU Green Block” and highlighted their applied skills. 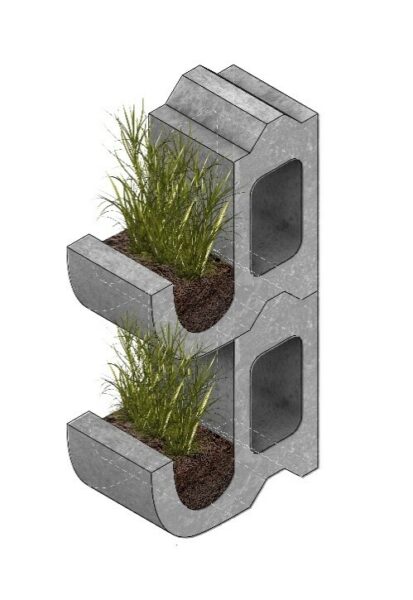 The Iowa State team noticed a problem in urban communities where modern highway sound barriers are drastically underachieving.  This is caused by concrete being an economically viable option for these sound barriers while the current design does not optimize the sound dampening qualities. The team’s goal with The Green Block was to take an economically efficient material in concrete and combine it with practically efficient methods of absorption and diffusion.  Through the use of a curved extension from the block, sound is diffused into various directions.  They also incorporated a green wall which uses sound absorbing properties of both the vegetation and the substrate.  These elements provide a more efficient wall system both practically and economically. 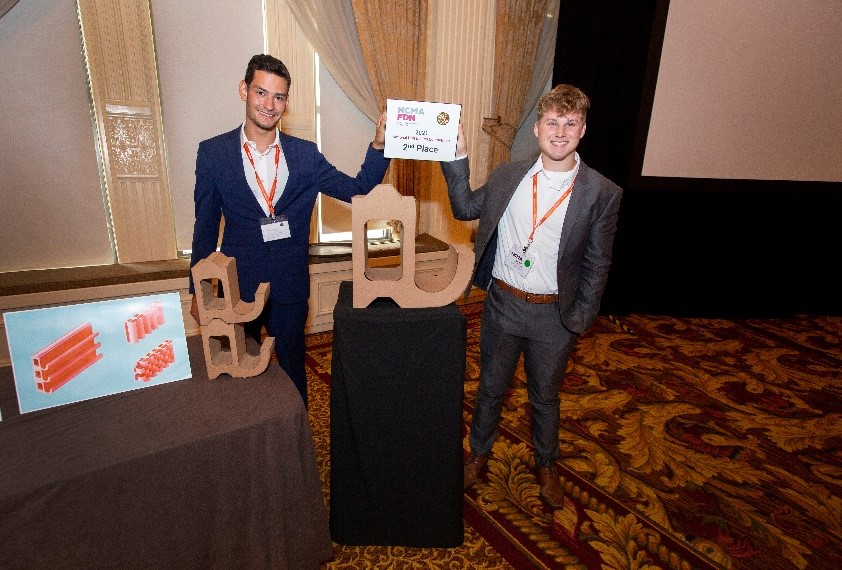 “It always amazes me how the next generation of designers can re-envision the conventional while concurrently educating and provoking thought in those more seasoned,” expressed Jason Thompson, NCMA, VP of Engineering and UDC Judge.

For more information on the NCMA Foundation and the Unit Design Competition, click here.