A follow-up survey to NCMA members last week shows that concerns exist of the financial impact of the COVID-19 pandemic, but also show that stimulus programs will help businesses. 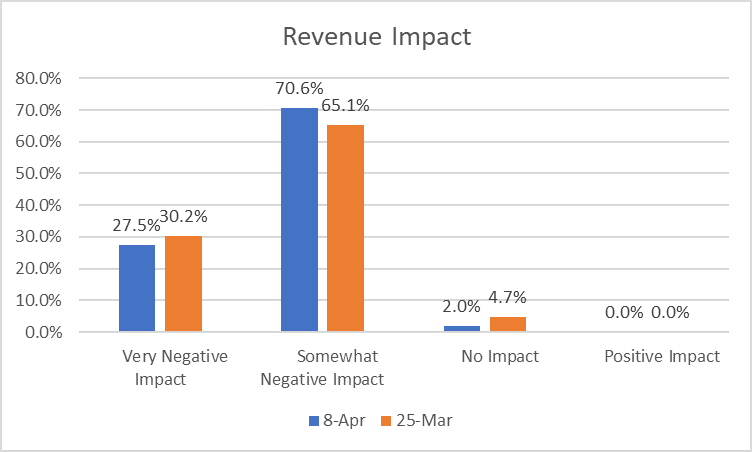 From April 6 to 8, a survey was conducted that included NCMA member companies as part of a broader distribution to a variety of industries. This survey was a follow-up to a similar survey performed March 23-25, in the earlier days of the pandemic and government response. This allows for a comparison of industry responses between the two surveys. 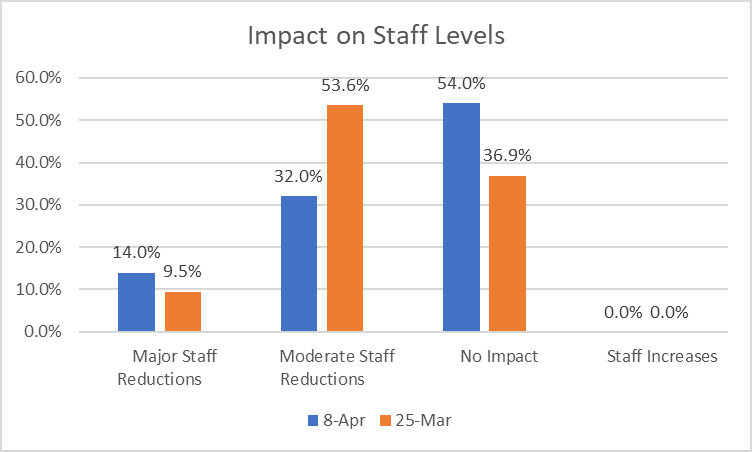 There were more reported differences on anticipated staffing level impacts. In March, only 36.9% of companies indicated ‘no impact’ on staffing levels, while 54% are anticipating ‘no impact’ in the April 8 survey. Similarly, the percentage of those expecting ‘moderate staff reductions’ fell from 53.6% to 32%. Conversely, the percentage expecting ‘major staff reductions’ increased from 9.5% to 14%. 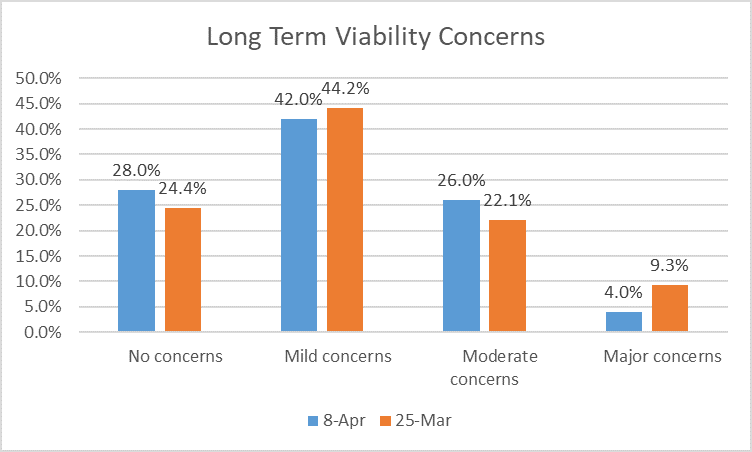 As far as duration, nearly 60% of respondents expect there will be 1 to 3 months until the pandemic is over and their business will be back to normal operation. An additional 27.4% expect it to take from 4 to 12 months to get back to normal. See Figure 4. 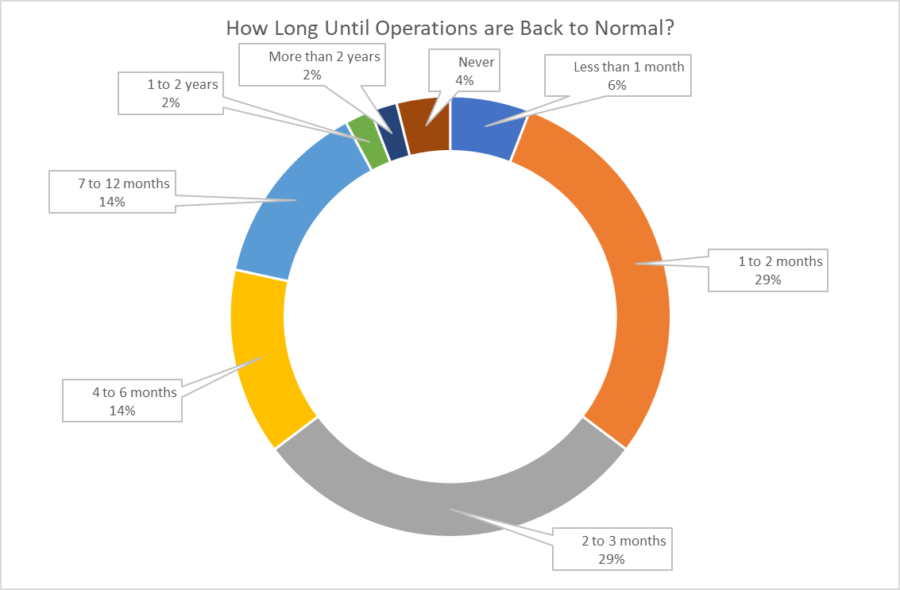 When ‘stay-at-home’ orders are lifted, most companies expect it to take some time to resume some operations. The largest percentage of respondents (40.4%) indicate that it will take 1-3 months before resuming company travel. See Figure 5. Similarly, 40% of respondents expect it to also take 1-3 months before resuming large group activities such as conferences and trade shows. See Figure 6.

The survey, conducted by Industry Insights, was performed between Monday April 6 and Wednesday April 8. NCMA was one of many groups that had their members participate. In all, 1,522 individuals responded to the survey, of which 50 were NCMA members. The March 23-25 survey had 2,500 overall respondents, of which 82 were NCMA members.

The results from NCMA members is very similar to the results of all 1,522 respondents to the survey. To read more about these overall results, click here.