The first individual not employed by a member company to be appointed to the NCMA Education and Research Foundation Board of Trustees, Biggs was recognized for his vision, leadership and passion for advancing concrete masonry design and construction 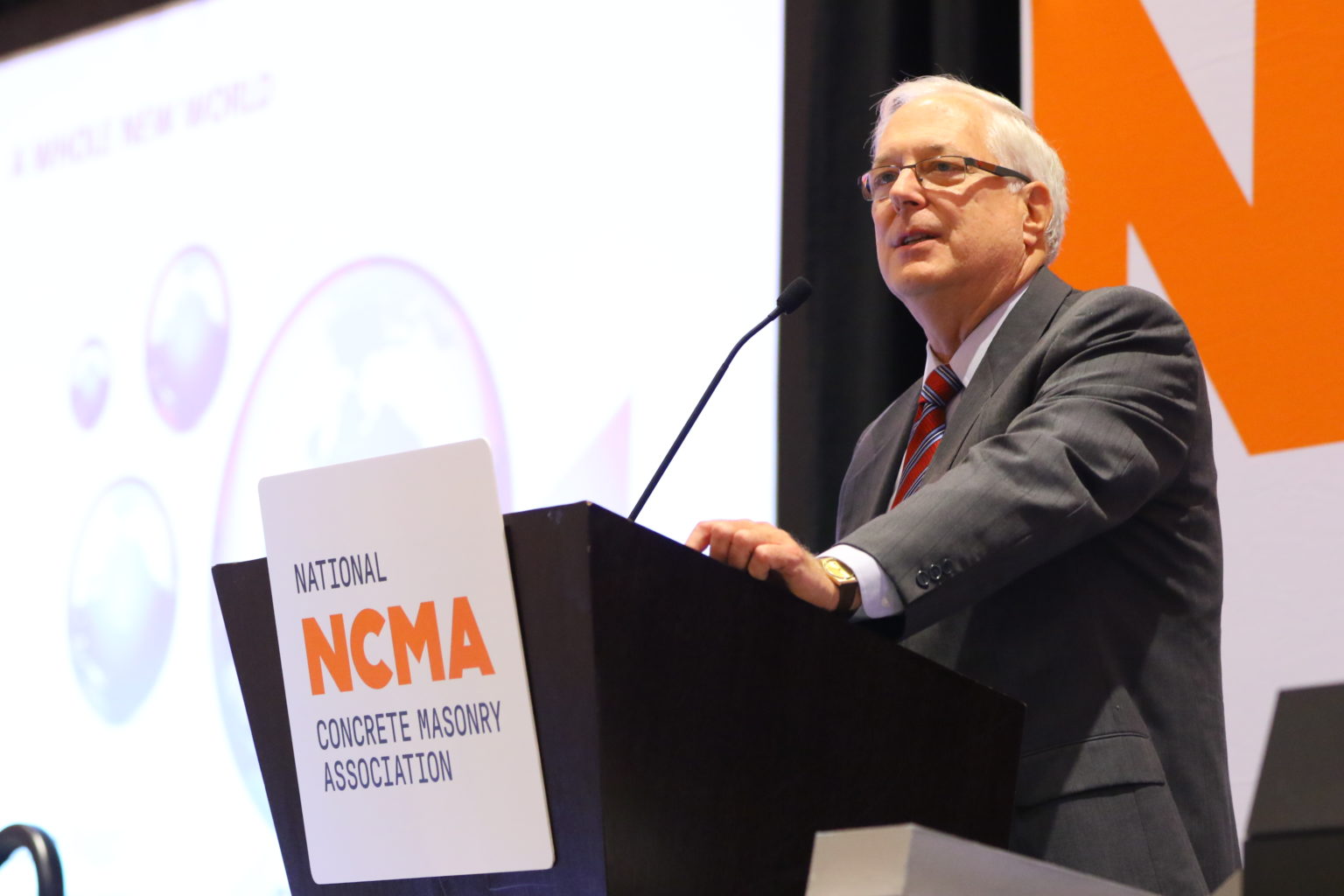 SEATTLE, WA – David Biggs, the principal of Biggs Consulting Engineering based out of Saratoga Springs, New York, was presented with NCMA’s Champions Award August 8 at the association’s annual Midyear Meeting in Seattle, Washington.

The NCMA Industry Champion Award recognizes individuals that make significant contributions in roles beyond what can be accomplished by the association alone, and honors these meritorious contributions that support the advancement of the use of concrete products.

The first individual not employed by a member company to be appointed to the NCMA Education and Research Foundation Board of Trustees, Biggs was recognized for his vision, leadership and passion for advancing concrete masonry design and construction.

Raised in Troy, New York, a tight-knit community surrounding the many manufacturing plants that dominated the region at the time, Biggs began studying engineering and playing soccer at Rensselaer Polytechnic Institute (RPI), in the very same town. Upon graduation, in 1972, he participated in masonry and welding apprentice programs, to better understand the materials he would spend his career designing with, and improving. In 1977, he joined forces with a fellow RPI graduate Tom Ryan to form their own firm, a partnership that would last until 2010, when Biggs sold his interests to pursue his innovative ideas and traveling the world and lecturing.

Since then, he has worked helping developing building codes and preserving historic structures in places like Egypt, the Czech Republic, Iraq, Turkey, Italy and New Zealand.

Following September 11, 2001, Biggs was a member of the Building Assessment Team assigned to investigate the World Trade Center disaster for the Federal Emergency Management Agency (FEMA) and the American Society of Civil Engineers (ASCE) where he helped assess and investigate the performance of the structures in and around Ground Zero.

A “mason’s engineer” he’s been instrumental in a number of turning points for the industry. He was instrumental in developing an industry coalition including NCMA, MCAA, the International Masonry Institute, and others. . Most recently, he created another coalition of the industry to launch the Building Information Modeling for Masonry Initiative. This group has developed many new tools for integrating masonry into BIM platforms, and Biggs served as the program coordinator (as well as primary advocate) from the beginning.

Biggs has a great ability to evaluate complex failures and suggest practical solutions that often save masons from being solely and unfairly blamed.

“While David Biggs is a design practitioner that works with all building materials, he has consistently had a passion for masonry,” said Rick Roach of Barnes & Cone, Inc. in Syracuse, New York. “Fortunately for our industry, he has channeled that passion for helping the masonry industry to grow and advance. He has challenged the different segments to work together on issues that cross boundaries and has served so many important roles.”

An adjunct professor and educator over the course of his accomplished career, Biggs helped develop the Hybrid Masonry Structural Building Concept, a precursor to a project funded by the National Science Foundation to research seismic response of such structures.

“There is only one David Biggs in this world,” said Robert Thomas, NCMA president. “We should be thankful that he is working to support us. To say that he is a worthy recipient of this honor is an understatement. We’re extremely proud as association to extend such laurels.”

Biggs has been supported throughout his career by his wife Monica, his sons Daniel and Mark, and the rest of his family.