From the White House to a block house: how Erin Raden is helping masonry conquer the desert 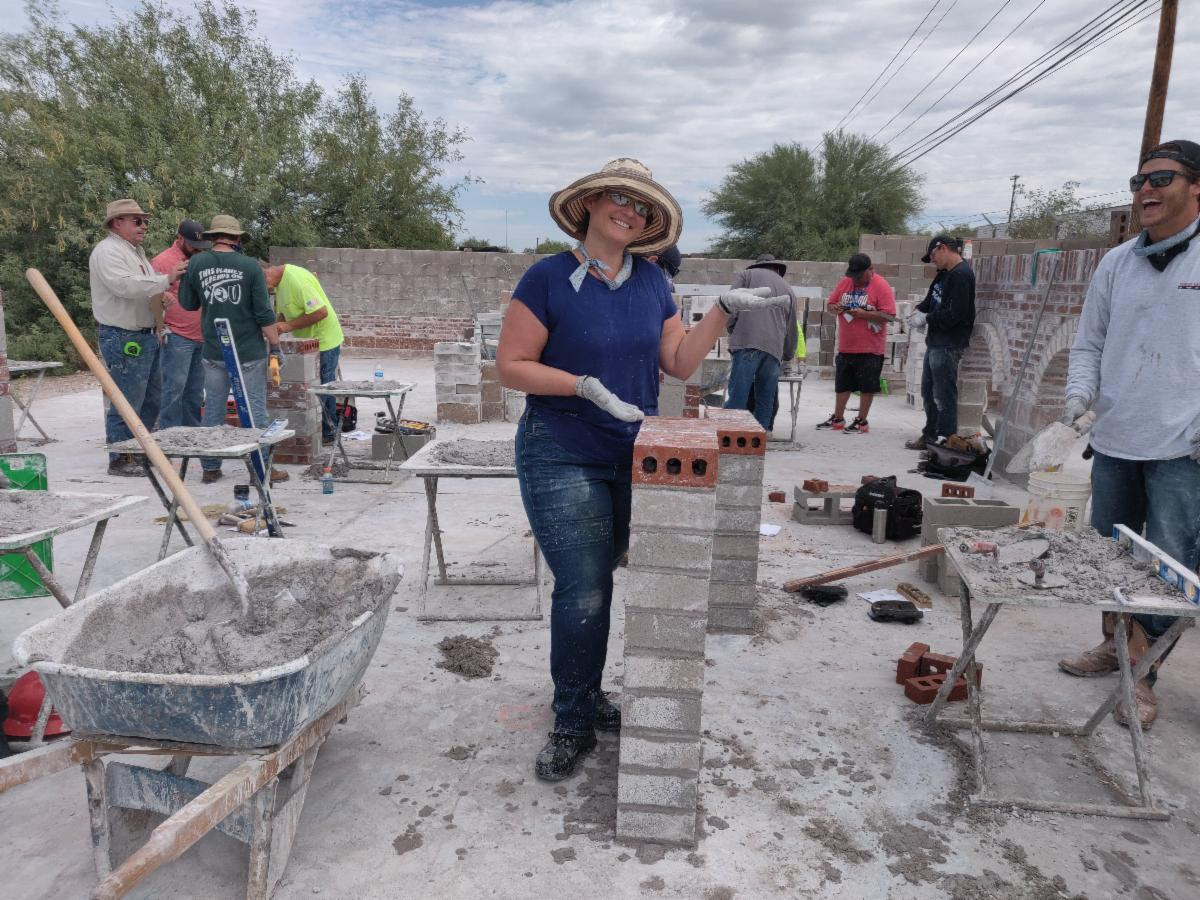 "I was having drinks with a colleague and he mentioned that the executive director of one of her clients, the Arizona Masonry Council, is leaving and would I be interested in the job? And I said 'yeah well I've always wanted a red brick house.' And I live in a block house now, and I love it. So why not?"

Erin Raden, an executive director at a state association, has a problem.

But rather than one fraught with peril, this one is riddled with nothing but dollar signs. And potential. And productivity. And a bunch of other stuff that can incite a sweeping boom for brick, block and more in the land the Navajo call “Hoozdo Hahoodzo.”

“How often do you take a job where they’re like ‘okay you have to figure out how to spend all this money’,” said Erin, with a grin as she recounted how she landed in her current role leading the Arizona Masonry Council from their headquarters in Phoenix.

“And that’s literally what they said.”

Like Florida, the industry players in the state (Arizona Masonry Guild and Arizona Masonry Contractors Association, too) have successfully instituted their own checkoff program and are already reaping the benefits of the funding set aside (starting in January both organizations will be under the banner of the Arizona Masonry Council).

“We can be — in a lot of ways — an incubator for ideas that might work around the country and help develop some of the best practices when the national Checkoff gets rolling and when other states want to follow and adopt.”

If there’s anyone with the experience, acumen and salt to make sure such a vital program and its hard-earned monies are spent and maximized, it’s Erin Raden.

And long before her days as a lawyer, or representing the Arizona Dental Association as its government and public affairs director or the Arizona Early Childhood Education Association as its executive director, she was an overwhelmed teenager on a famous stretch of turf taking in the panorama of giant marble and granite structures and the weight of a job that would essentially set her up for her career.

As a Congressional Page in Washington, DC.

“I was sitting on the House floor all summer doing errands for members of Congress and I was like ‘oh my god, this is what I want to do,'” she said. “I want to work in government in policy because it’s so important and it’s so interesting.”

“From there I went to college and then to law school with the intention of working in government affairs.”

Raden interned in the nation’s capital for one of the White House policy offices and then after law school went back and worked there as a legislative analyst and political appointee in the George W. Bush administration.

After her stint inside the Beltway, Raden returned to the Southwest and began her role with the Arizona Dental Association, where she helped spearhead a successful anti-drug campaign called the “ARIZONA METH PROJECT”.

“The tagline was ‘not even once’, as in you try meth once you can be addicted and ruin your life,” she said. “It was interesting to be a part of it, and be on the advertising and media campaign side of things.”

“I actually worked on legislation in DC that put Sudafed behind the counter, which was crucial when it came to how the issue affected the general public.”

“There’s always going to be problems with addiction and drugs of abuse, but when meth became that much more difficult to find, it stopped impacting innocent citizens — like a kid stumbling upon a bio-hazard from a meth lab in their neighborhood or the house next door to you suddenly blowing up.”

A few years later and a few more stints with various nonprofits, she landed at her most recent role, as the executive director of the Arizona Early Childhood Education Association, also in Phoenix. It was there she saw parallels with what she’s trying to accomplish now in the masonry industry.

“Early childhood education does something totally different than masonry contractors and block manufacturers but you are still dealing with similar things: promotion of the industry, continuing education for the workforce,” Raden said. “Dealing with shortages of qualified workforce and figuring out how to solve that problem for yourself. As well as representing huge national companies while also representing smaller, local businesses and getting them to all come to the table.”

“You’re trying to get them to not think about the competition and the fact that they’re on opposite corners facing another preschool or on the same intersection or bidding on the same job in the case of masonry contractors or producers. It’s about facilitating the idea that we’re all working together for the good industry.”

So how is Erin Raden and the Arizona Masonry Council going to spend that money?

Promotion and workforce development. That’s how.

“For a long time we’ve had two registered apprenticeship programs, one in southern Arizona and one in the Phoenix area, central Arizona, but because we have more funding now we’re going to be able to branch out into some of the smaller markets and provide training there,” Erin said.

“We launched a training program in Flagstaff in October, and in the new year we’ll launch one in Prescott and hopefully one day if there’s the desire for our members and the workforce in those areas they have the potential to become full apprenticeship programs.”

“We have a lot of block wall here, so to be able to provide some of our members that specialize in that segment is very exciting,” said Raden.

On the promotion side, they were able to put on training for engineers on Direct Design an buy them all licenses so they can fully utilize the capabilities of the new updated software.

The council also purchased an unlimited license for Masonry iQ that they’re providing architects. In the new year they’ll also be working with the AIA Arizona Chapter to get their members trained and interested in using it as well as to push to get it implemented in architecture school classrooms throughout the state.

For more information on the Arizona Masonry Council, click here.