Hardscapes … and Redemption: How a New England Jail is Helping to Solve the Workforce Problem

The Essex County Sheriff's Department and their groundbreaking new program 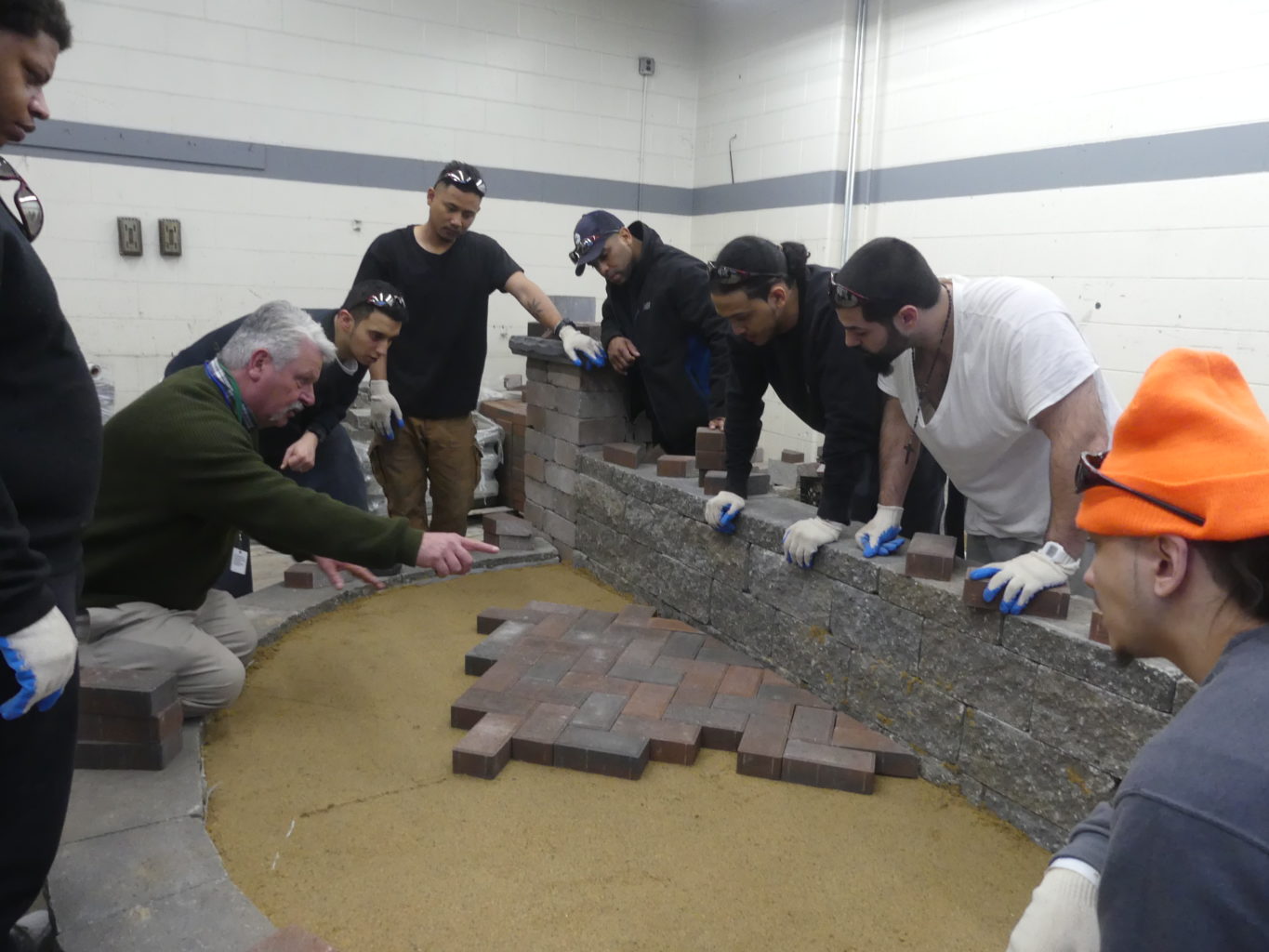 David and Greg are behind walls. And bars. Walls and bars they can’t leave.

David Andujar and Greg Giordano are in jail. In Essex County, Massachusetts.

But the two men, one from Long Island and the other from Lowell, don’t see walls in  much the same way most prisoners in the United States see them: as barricades, or the things keeping them from being free. Actually, these days, they see them in much the opposite way.

They see them as their tickets out. Back into society.

Because they’re making them.

“We’re building sitting walls. We’re building full-on patios,” said David, a former United States Navy Corpsman. “Real things that are going to be used on a daily basis. We built the walkway out front of this building.”

“I like building them,” said Greg. “Especially when you step back and see they look as nice as they are.” 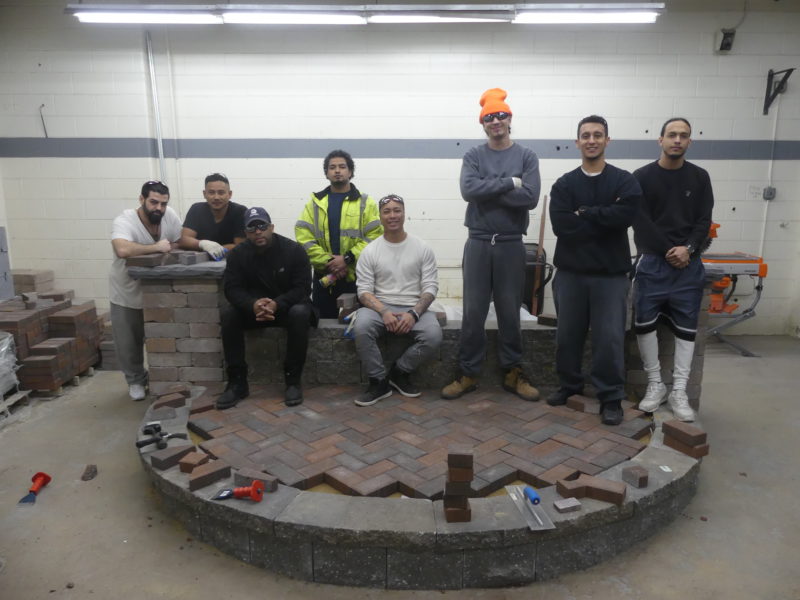 In April, both men were among some of the first graduates of the Essex County Sheriff’s Department’s innovative new hardscaping program held at the Essex County Pre-Release & Re-Entry Center in Lawrence, Massachusetts. A first of its kind program, it requires completion of an eight week course that includes learning through field work and academic classwork and ends with an industry recognized credential that was created by the New England Concrete Manufacturers Association (NECMA).

The brainchild of one of Sheriff Kevin F. Coppinger’s guards who on a whim took a hardscaping night class a handful of years ago in the New England area, the program came to fruition earlier in 2019 through donations fielded by NECMA and a Perkins Vocational & Technical Education Grant for incarcerated individuals.

That instructor that taught that guard years ago? Dave Collins? He works for Essex North Shore Agricultural Technical School. He’s also a member of NECMA’s education committee. And he just so happens to be teaching this program, too.

“It made sense to him because it was something [the inmates] could do and the industry really needs more people. It just seemed like a no-brainer,” said Collins.

“Honestly I think it’s a game-changer for these guys. It’s something real they all can do and the sky’s the limit on how much money they can make doing it. It all depends on how hard they want to work.”

“It’s almost like a lifeline for them. When they get done, there’s instant gratification in what they just did. They can see it. And they also realize it’s not that difficult. It’s achievable.”

And that’s an understatement. In the construction industry as a whole but especially in the concrete masonry and hardscapes markets, expanding one’s workforce is becoming an increasingly-challenging task. And it’s not only affecting business owners. It’s also driving up the costs for homeowners looking to make improvements.

According to the U.S. Chamber of Commerce and data from Dodge Data and Analytics, last year over two-thirds of contractors reported difficulty finding skilled workers. Almost 70 percent of small firms reported significant woes in expanding their workforce.

Programs like this one in Essex County are seen as part of a larger solution in solving this vital issue.

“The bottom line is that the inmates are leaving with a program that they really jumped on and tried to take advantage of correctly,” said Sheriff Coppinger. “So when they leave us, they can go out and get a job. We already have an inmate who has a job offer when he gets released.”

Greg sees it as not only a job, but hope. For a future where he hangs his own shingle one day and becomes an owner himself.

“I’m trying to get right to work when I get out of here, so knowing I can look a little better than the rest of the guys that are signing up for the same job is huge,” he said. “I do want to get into masonry, so I figure I can get in with someone, a decent company somewhere, stay with it for four, five years, and try to pick up enough of the trade where I can confidently open up my own business.”

“You can start your life over again.”

Nicolai notes that aside from the aforementioned, it was many people and organizations who came together to make the program a reality.

“NCMA [National Concrete Masonry Association] played a key role by freely providing technical information that we used to develop curriculum that helped the department bid in applying for the money to fund the program through the Perkin’s Grant,” added Nicolai.

“In many ways this type of program promises to have a more immediate impact by adding to a much needed workforce far quicker that a two or four year program taught in a traditional education institution.”

A Shining Center Upon a Hill: How SRWs Turned Elevation into an Asset

Revitalization of a Runoﬀ Canal with ACBs