How masonry fulfilled the green wishes of the Choctaw

The recent addition to Pearl River Elementary in Choctaw, Mississippi is a model for sustainability and environmental impact 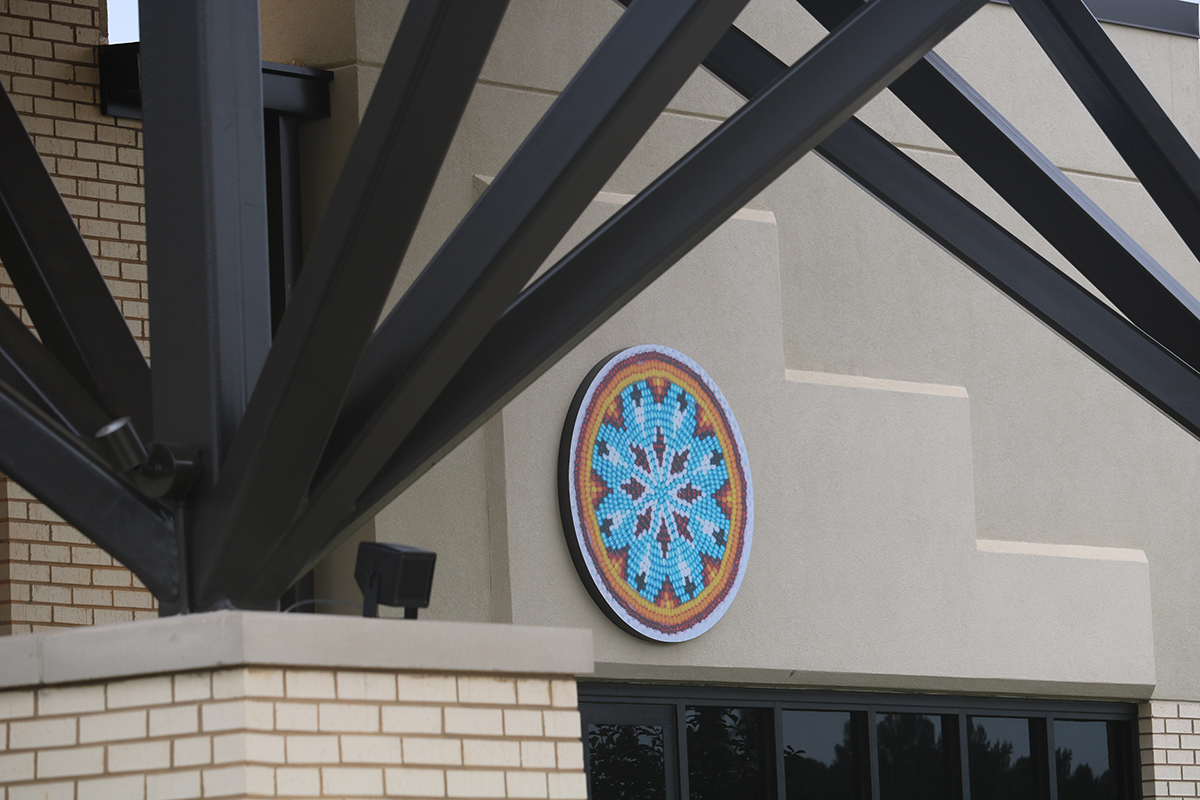 If anyone in the South knows about the sanctity of its land, it's the Choctaw.

Of the 40 million acres that make up Mississippi, they once had dominion over 11 million of them.

And if anyone in the South knows about the the fundamental obligation we have to sustain it, it’s the Choctaw.

For hundreds of years they would name their families after the animals and nature that shared that great big stretch of land along with them. The bear. The deer. The wolf. The holly leaf. The panther. Even the wind.

That’s why recently, when the leaders of their sovereign nation known as the Mississippi Band of Choctaw Indians — currently one of the largest employers in the state thanks to the Golden Moon Casino, the Silver Star Casino and 17 other businesses — wanted a major addition to one of their communities’ elementary schools in Pearl River, sustainability wasn’t an option.

It was a must.

The Saturn Materials proprietary mix design has a nearly 70% reduction in the cradle-to-the-gate carbon footprint and meets the ASTM standards for the concrete industry. 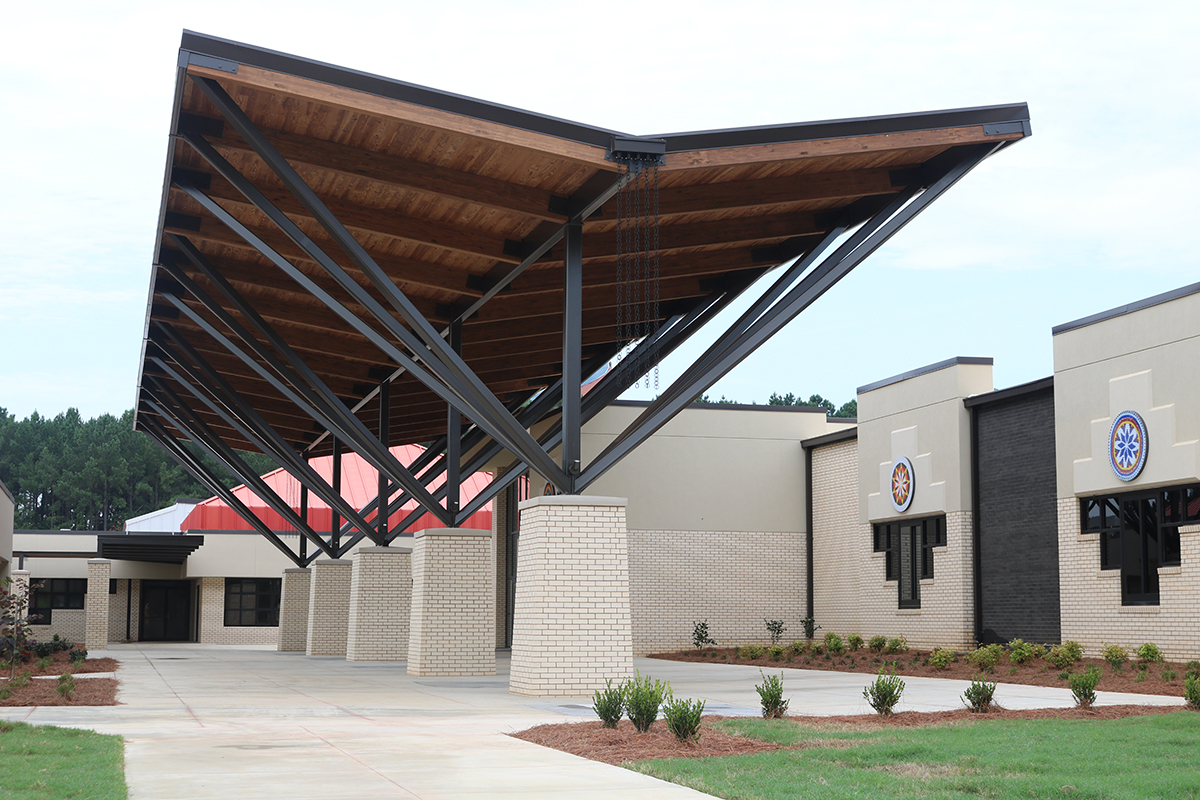 “From the standpoint of operating this facility, and building it, they wanted the project to be fairly green. We were able to succeed in that both in the way we did the building envelope and also with the mechanical and electrical systems,” said Pryor.

“The exterior is all masonry. It’s a good sturdy building on the exterior as far as weather.”

As for an overarching theme to the design, both inside and out, the architects at PryorMorrow were determined to listen and stay genuinely faithful to the traditions of the tribe. Throughout the facility, important symbols and images are carefully displayed and presented in very authentic manner.

“Something that’s important to that tribe and important to the Bureau of Indian Affairs is that there be some cultural influences included in their projects,” said Pryor. “And I think that’s really important in this project because you go to a lot of places on Indian reservations and they tell designers to include cultural elements and it gets kind of Mickey Mouse and Disneyland-like, and the Native Americans are very sensitive about that. And rightfully so, obviously. 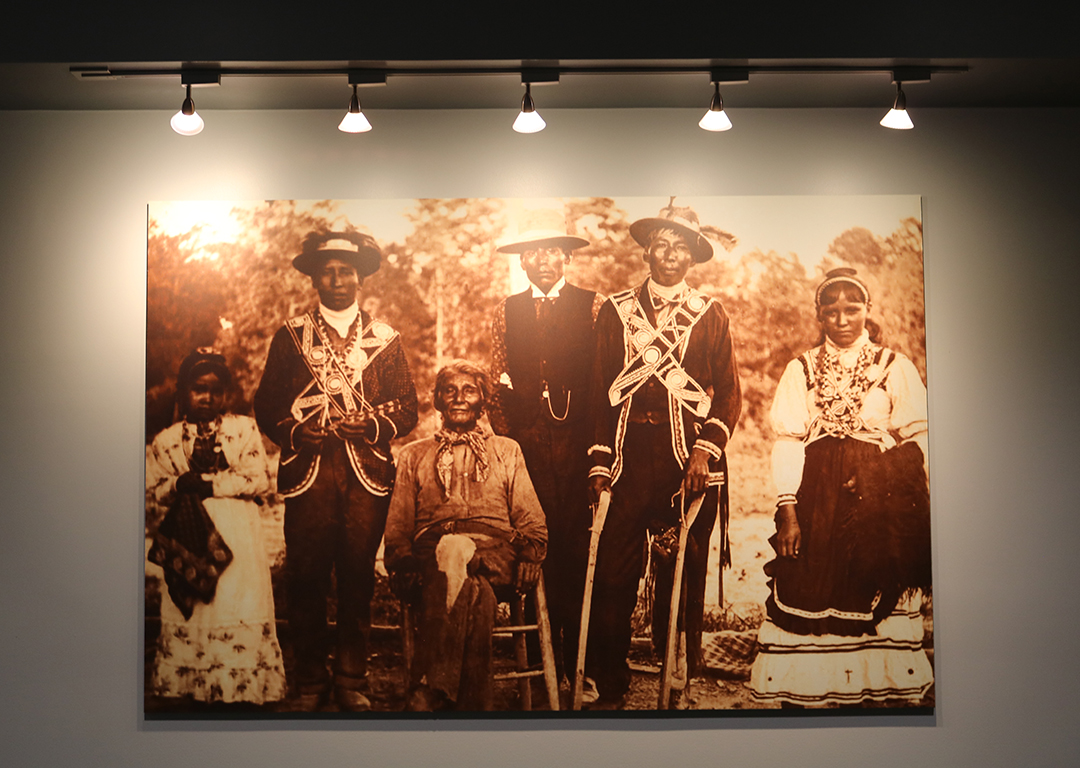 “We actually had a cultural committee that we worked with to make this project happen. And they had quite a bit of influence.”

One of the school’s most impressive and heralded features is an outdoor plaza.

“It’s sheltered and provides a lot of shade and it’s where the students congregate before school and after school as well eat lunch,” said Pryor.

“The canopy of the plaza is very important for a number of different reasons. First off, it’s where the kids can safely hang out. Second, it has a state-of-the-art audio system that amplifies Choctaw language as well as chants.

“The most important game that Choctaws play is a game called ‘stickball.’ The mallets they use in this traditional game served as the inspiration for the structural system that holds up the canopy.”

From the standpoint of security all entrances have electronic access control so you have the ability to lock the school down. And all of the teachers have the access code capability to come and go.

Each classroom has a special latching device at the door to protect kids in the case of an active shooter where it’s a double function locking mechanism.

“It’s a ‘cut above’ of what usually serves as a typical classroom building,” said Pryor.

Other key features seen throughout the building include Choctaw language on interior signage, round medallions over each classroom window that are inspired by the Choctaw beadwork and round view windows of each classroom door that mirror the exterior medallions.

The mountain imagery of the classrooms is inspired by Choctaw images. Interior murals at the focal points of corridors include a historic photograph from the Museum of the American Indian (Smithsonian) and contemporary Choctaw photographs of the tribe’s children.

“A proper education is one thing we strive to supply for our children. For years, we have struggled with limited space for our students here at Pearl River Elementary. We have long since outgrown the building that was built in 1990,” said Tribal Chief Cyrus Ben.

The school is currently open, operating and educating more than 600 students — exclusively from the Mississippi Band of Choctaw Indian community.