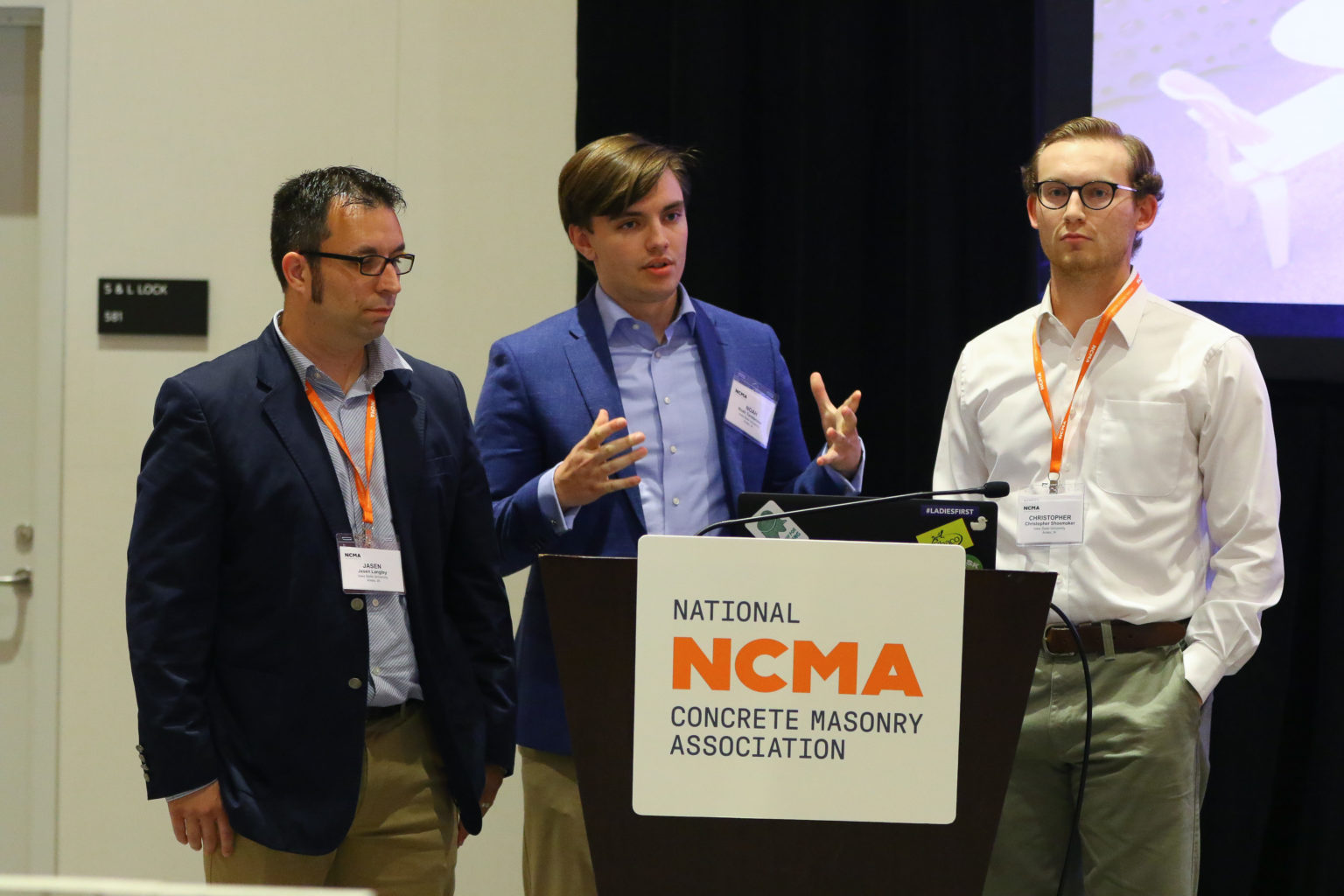 SEATTLE, WA – Three college teams presented their unique, fresh CMU designs at the 2019 Unit Design Competition during NCMA’s Midyear Meeting last month. After an audience of judges scored the designs upon each presentation wrapping, the results and prizes were announced and awarded.

The team’s design, dubbed “Pura block”, wowed the crowd with its bow-tie appearance and versatility — including have the potential to be used as a screen block, or as part of a curtain wall. If stacked with a running bond the form could also give an elegant wavelength pattern.

However, the team really turned heads when they revealed that Pura block contains holes (rebar penetrations) that can fit both physical and chemical water filtration systems to help clean highly-polluted rivers. 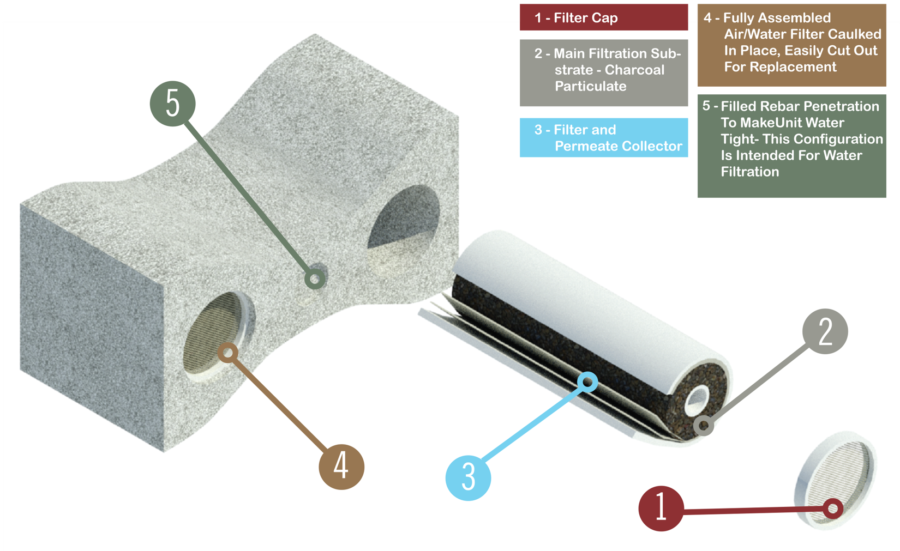 “There’s a cap to contain interior elements and provide a good looking exterior while also straining out larger elements,” said Jasen Langley. ” The activated charcoal particulate filters out negative chemicals, while the filter itself along with the permeate collector help absorb chemicals. The installed filter is subtle, sealed in place with rod and sealant.” 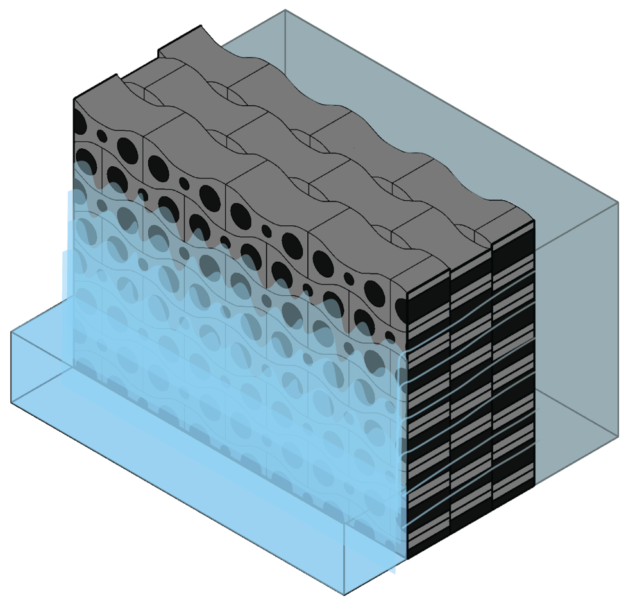 Second place in the competition was claimed by a team from Starkville, Mississippi under the guidance of Professor Jacob A. Gines at Mississippi State University, and helped along through vital manufacturing and consulting assistance from Fred Dunand, president of NCMA member company Saturn Materials out of Columbus, Mississippi — also one of the competition’s sponsors. 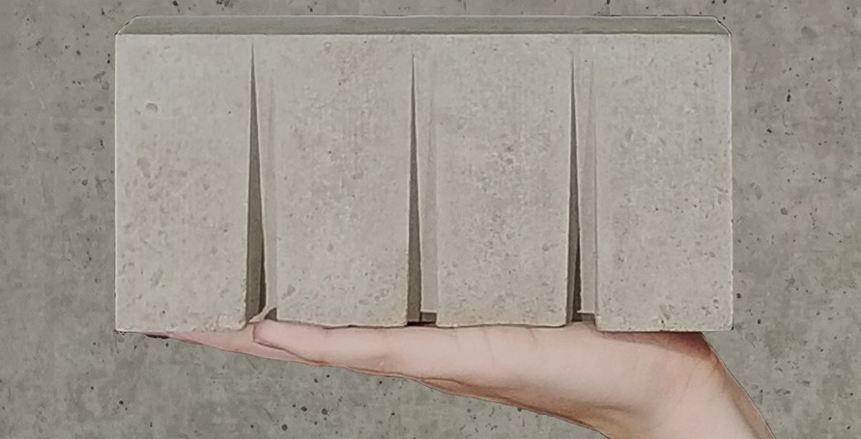 “We were confident in our design and provided evidence of the feasibility of it by considering all aspects of the competition, such as shipping, mass production and economic efficiency,” said Sheridan.

The design boasted the fact that 216 of them could fit on one pallet.

It also featured acoustic abilities, blocking out sound up to around 1000 Hz.

The team of Nabila Bustilos-Francis, Abigail Gillin and Ashley Teer — from North Carolina State University in Raleigh, North Carolina — rounded out the competition with their design, “Concealed Mortar Unit.” 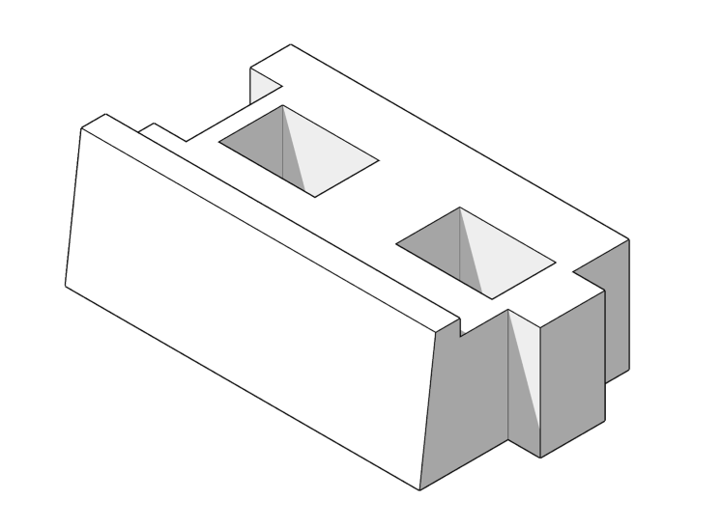 The design is customized so that when stacked, the mortar isn’t visible from the front, in addition to providing a stronger bond than just mortar on mortar. Inspired by roof shingles and the stylistic philosophy of an architecture firm in Winnipeg, Canada — 5468796 Architecture Inc. — who profess the practice of hiding all joints and fasteners, the custom block is meant to be sustainable too. In the presentation the group talked about precast, recycled aggregate and carbon curing. 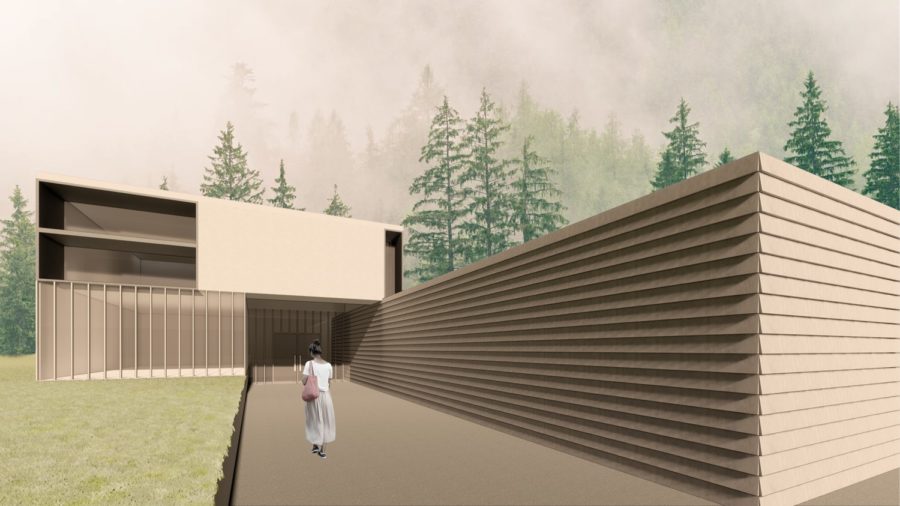 “This year’s batch [of finalists] was exceptional,” said Dunand. “And it wasn’t an easy task to determine who would be selected.”

He also said he hopes the competition is inspiring innovation for the next generation.