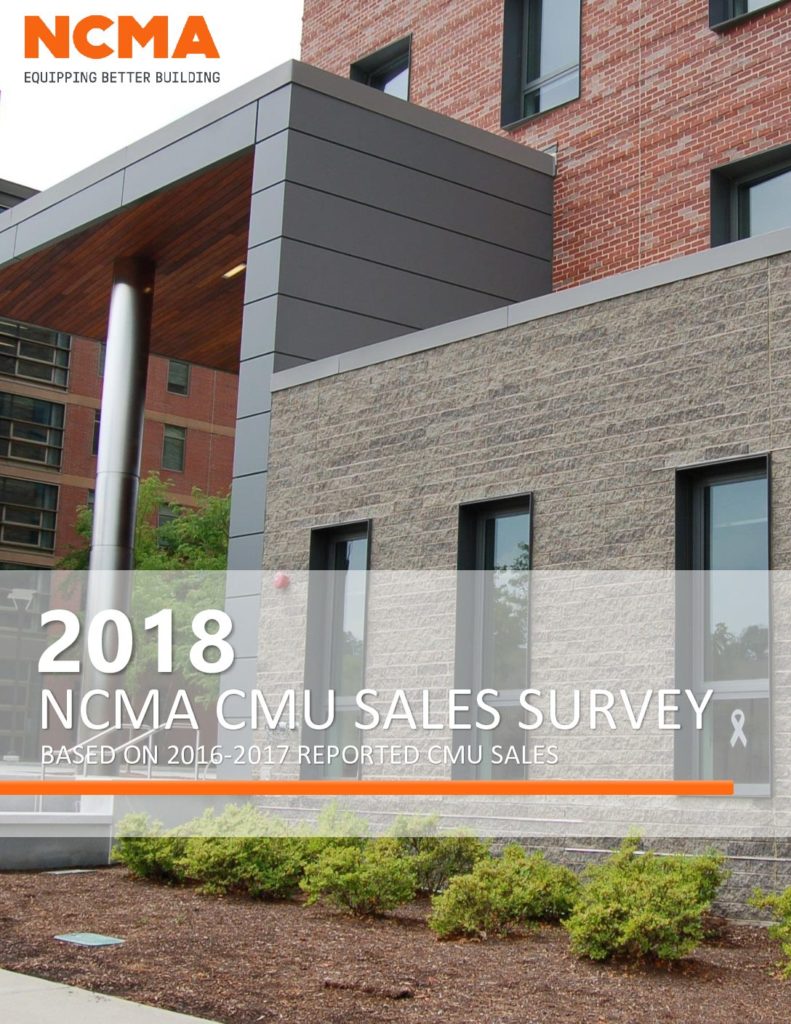 The 2018 NCMA CMU Sales Survey is first year for this industry sales survey for concrete masonry units. In total, 44 individual companies provided data for the survey, all of which were manufacturers. The producers that responded represent 210 plant locations across the United States and Canada. Data was submitted in three different categories of CMU products: the aforementioned gray block, architectural block, and concrete masonry veneer.

The category with the largest growth year over year was concrete masonry veneer, which experienced a 2.9% increase in sales. Increases in sales in 2017 were also seen for gray block and architectural block as well.

“This overall survey is not only definitive, it’s more than encouraging,” said Gary Hensley, Adams, an Oldcastle Company and NCMA Masonry Committee Chair. “Altogether, it not only shows the demand for the various concrete masonry products, but a spike in its value. Anyone in the industry will feel a boost — according to this research.”

The complete survey is available for purchase through the NCMA Bookstore. Click here to buy it online. NCMA members should contact NCMA at (703) 713-1900 for member discounts and other purchase options.