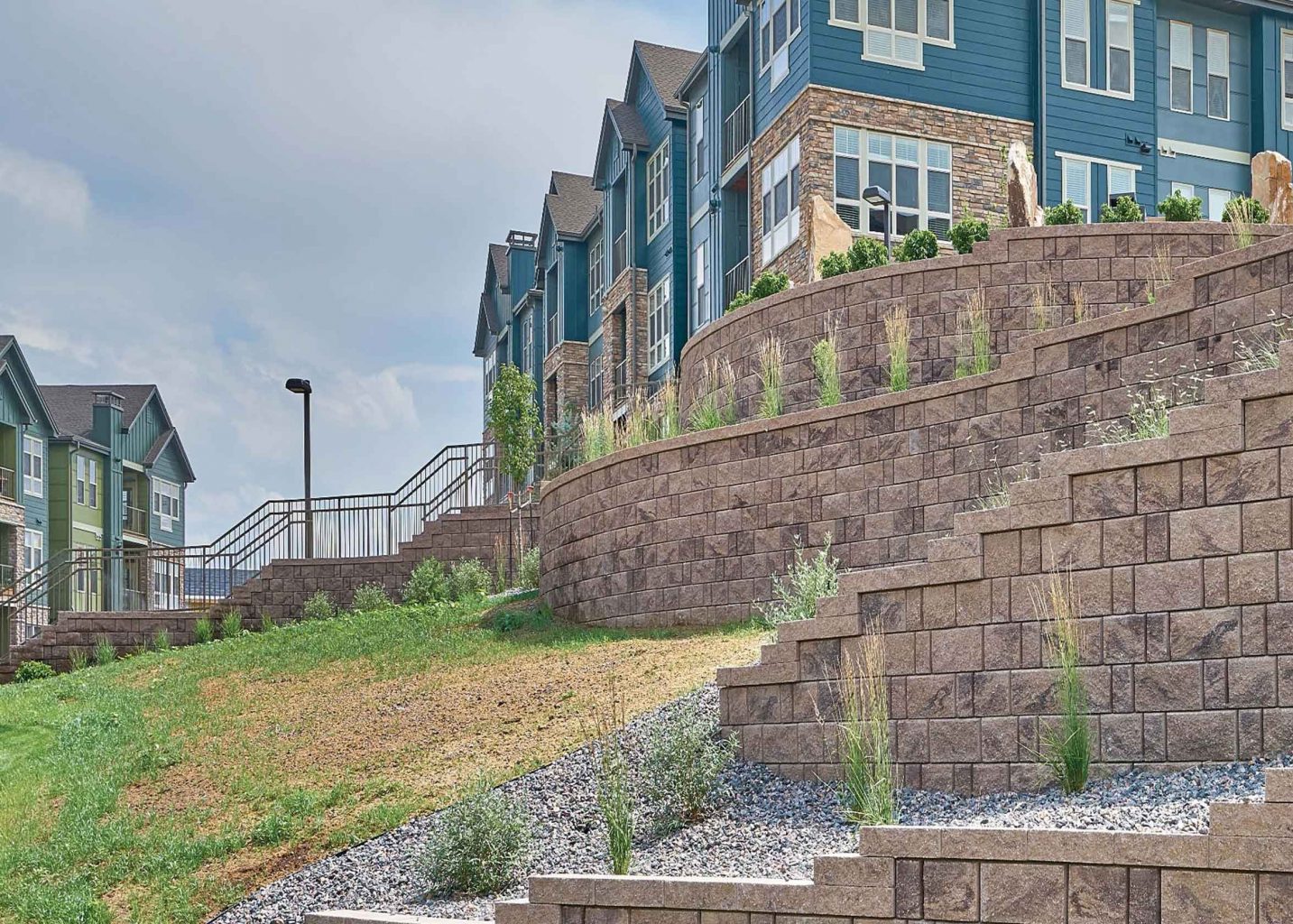 Compared to sales in 2015, the overall sales of segmental retaining wall (SRW) units increased 3.0% in 2016 and -1.5% in 2017 for the US and Canada, according to a study released by the National Concrete Masonry Association (NCMA). Coupled with the 6.5% increase in sales in 2015, the survey shows continued growth for the SRW industry in North America.

The 2018 NCMA SRW Sales Survey is the third year of this industry survey. In total, 47 individual companies provided data for the survey, from both SRW producers and SRW licensors. The producers that responded represent 196 plant locations across the United States and Canada. Data was submitted in four different categories of SRW products: ‘DOT quality products’, ‘8 in. height SRW units’, ‘6 in. height SRW units’, ‘Boundary wall units’ (such as those used for fences or other vertical applications not retaining soil) and ‘other’ (which includes all other SRW products smaller than 6 in. high).

The category with the largest growth in 2017 was ‘Boundary wall units’, which experienced a 7.6% increase in sales from 2016. Increases in sales in 2017 were also seen for ‘8 in. height SRW units’ and ‘DOT quality products’.

“This survey and the data it conveys truly speaks for itself,” said David Pitre, NCMA Market Segments Committee Chair. “Altogether, it shows the continued strength of the segmental retaining wall unit market and its overall demand. A rising tide lifts all boats, so the year-over-year increase in sales benefits all in the industry, including producers, designers, engineers, and those who supply machinery, materials, and other products to segmental retaining wall producers. It’s extremely promising.”

From the available data it is estimated that the total sales of SRWs in the US and Canada was 229.9 million sq ft of wall face

The complete survey is available for purchase for $1,500 to individuals who are not members of NCMA. NCMA members pay only $100. Click here to buy it online, or contact NCMA for more information on other purchase options.

Versatility is The Point in Highway Construction