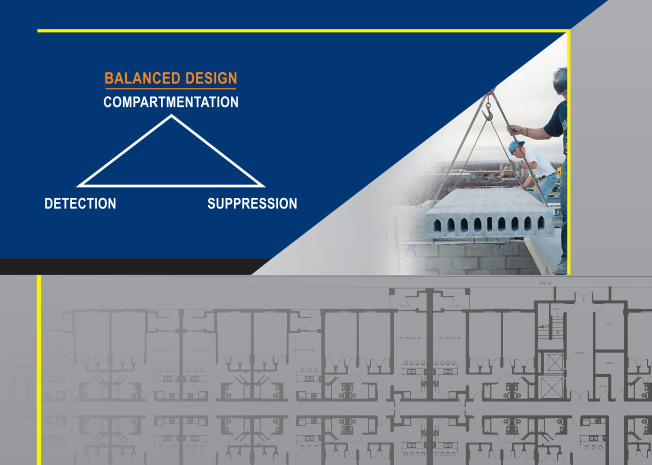 One of the biggest perceptions about building with concrete masonry is its cost — that another common building material like wood or steel, precast concrete or even insulated concrete form (ICF), is a more cost-effective option.

A recent study, however, dispels this belief and firmly labels it a misconception.

According to the report — which was prepared by Water G.M. Schneider III, Ph. D., P.E., an agricultural and biological engineering professor at Pennsylvania State University in State College, Pennsylvania — not only does concrete masonry compete with these other materials, it was the most cost-effective option or within five percent of the lowest cost system.

It also provided superior fire safety and protection, resistance to mold growth, potential to withstand damage from wind and weather, as well as reduced cleanup costs and quick reoccupation.

The overall goal of the study was to develop a construction cost model that accurately evaluates the relative construction expense of building multi-family structures. In order to carry out its aim, Schneider and those involved utilized unbiased data regarding the overall initial cost of construction, which ensured an accurate comparison between each system.

The building model chosen? A four story multi-family residential structure with 25,000 square feet of building area per floor. Each prototype was designed in accordance with the 2015 International Building Code and International Energy Conservation Code.

The three locations selected for the study were Dallas, Texas; Edgewater, New Jersey; and Towson, Maryland. For both Edgewater and Towson, accepted federal prevailing wage was used for labor rates while in Dallas a compilation wage rate based on R.S. Means was evaluated. To track the changing costs of construction materials, costs were evaluated in each city during December 2016, May 2017 and September 2018.

In Dallas, masonry was the most affordable option in the May 2017 trial, with an overall cost that was four percent less than wood frame construction. In December 2016, it was four percent more expensive than wood, while in September the margin was six percent.

Following publication of the initial study, additional cities have been evaluated for relative cost using the same methodology. Evaluations are currently available for:

To read the study in its entirety, as well as updates, click here.

A Harmonious Connection Thrives with CMU