A car ride from the Big Apple, a sanctuary in the Catskills 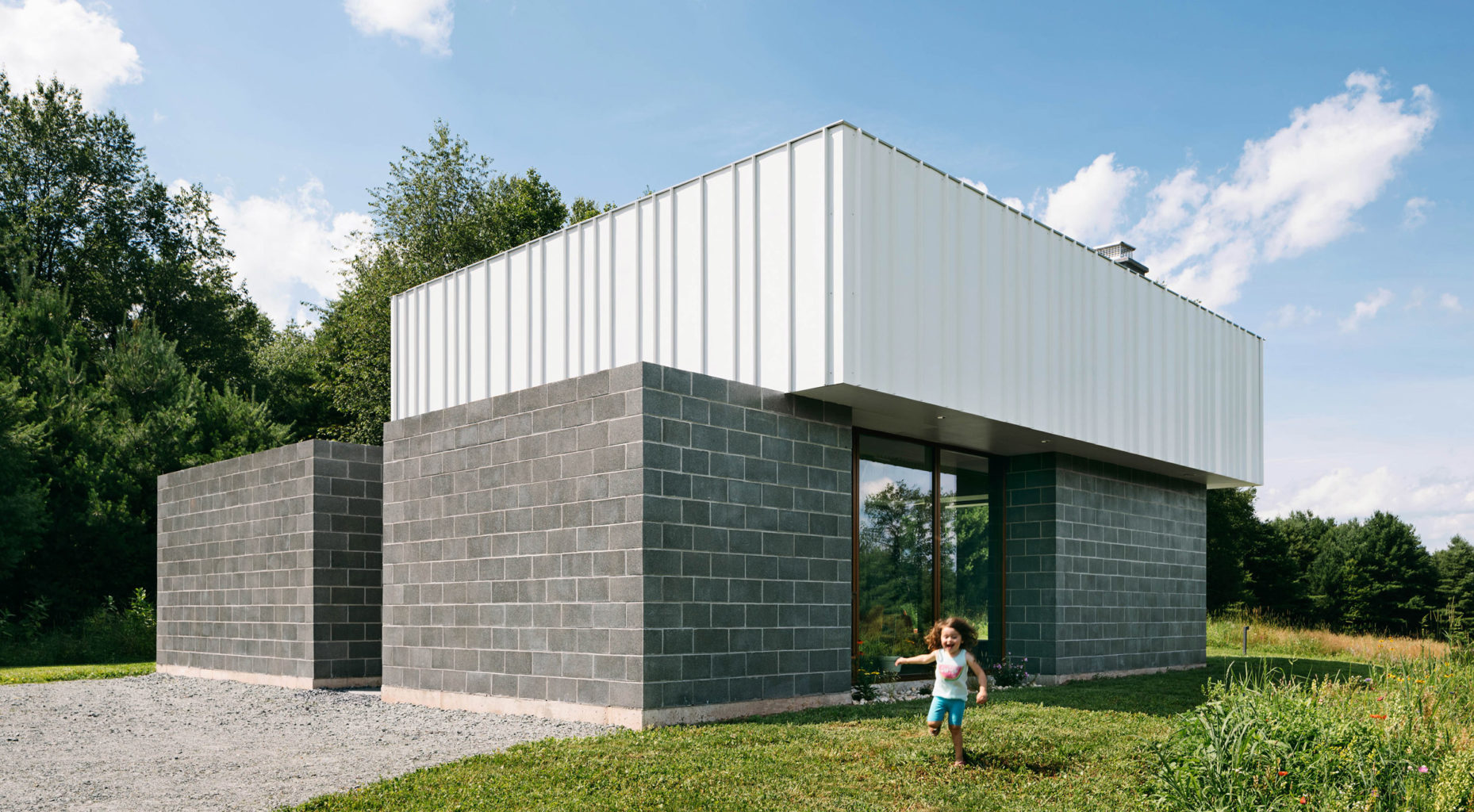 It's late in the afternoon on a Friday. Almost the weekend. Architect Jason Shannon is on speakerphone, in his car, giving details about the very place he's driving to from New York City: a concrete block home he and his wife designed that rests in Upstate New York in a county once famous the world over for retreating from Manhattan, and comedy.

“It’s our house, my wife and I, so we got to use our own personal desires for it.”

Jason and his wife, designer Paola Yañez, together run  J_spy, in Jersey City, New Jersey — a firm that was recently featured for this project in dezeen.

“When it came down to our main material,” he recalls. “I think masonry we liked a lot because we live in the New York City area and we deal with a lot of old townhouses that are brick.

“They’re a hundred years old but everyone still desires them because they look great.”

With a cut stone look in mind, they went to NCMA member Kingston Block where they were shown a number of options — namely the ground face colors. They went with the darker variation.

“It’s almost like a terrazzo in a way because it’s smooth but you still see the texture of it.”

“[Concrete block] was a good, affordable option to get the look we were going for.”

As an easy retreat from the Big Apple, the location makes a lot of sense. There’s a lot of history backing it up.

Where the home rests, in Upstate New York’s Sullivan County, is the very same county where a string of resorts known as the “Borscht Belt” used to be. For much of the twentieth century their stages served as the springboard for the careers of iconic comedians like Jerry Seinfeld, Joan Rivers, Woody Allen, Andy Kaufman, Rodney Dangerfield and dozens more.

No longer an entertainment epicenter, the region is a quiet, ideal location for a peaceful respite from a city famous for its fast pace, honking horns and cantankerous commotion.

Among a dense forest of pines and a few acres of high grass dotted with blueberry bushes, the home looks out onto the raw nature that cradles it. Its connection to the outdoors and its minimal footprint work in tandem through its deliberate design.

“This house shows our design goals unfiltered. This is the kind of work that we want to do: very minimal. It’s taking everything from building code to tech to the client’s desires and distilling it down to something pure and simple.” 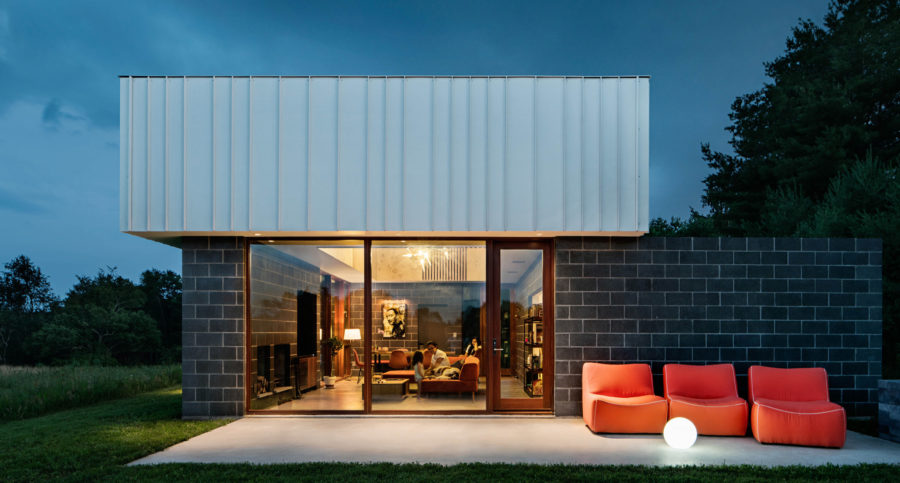 “And we wanted something durable.”

The entire space is single story and is 1,145 square feet. It has two bedrooms and an open-plan living/dining area. Resting atop the masonry walls is a white, metal-clad box that ever-so-slightly cantilevers over the structure. The ceiling features skylights that usher in daylight as well as fresh air. 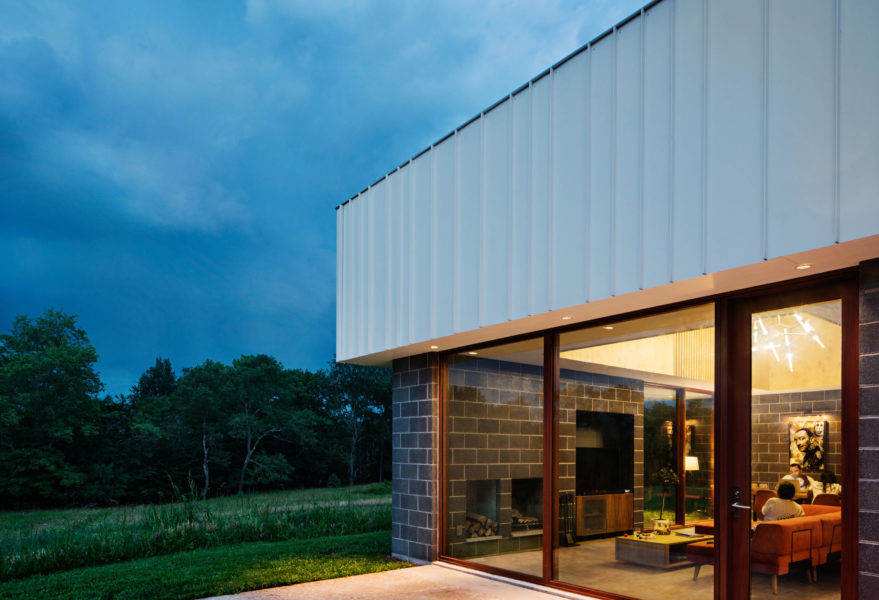 “The house is environmentally sensitive through the use of an extremely efficient geothermal heat pump connected to a concrete radiant floor used for both heating and cooling. The metal clad volume creates overhangs for passive solar heating while creating 14-foot ceilings on the interior,” said the studio, according to a project description.

Photography is by Amanda Kirkpatrick

Creative Use of Architectural CMU Delivers for St. Clair Hospital