Bennett was nominated by ten different individuals who had affiliations with not just NCMA, but other associations, organizations, companies and groups within the industry 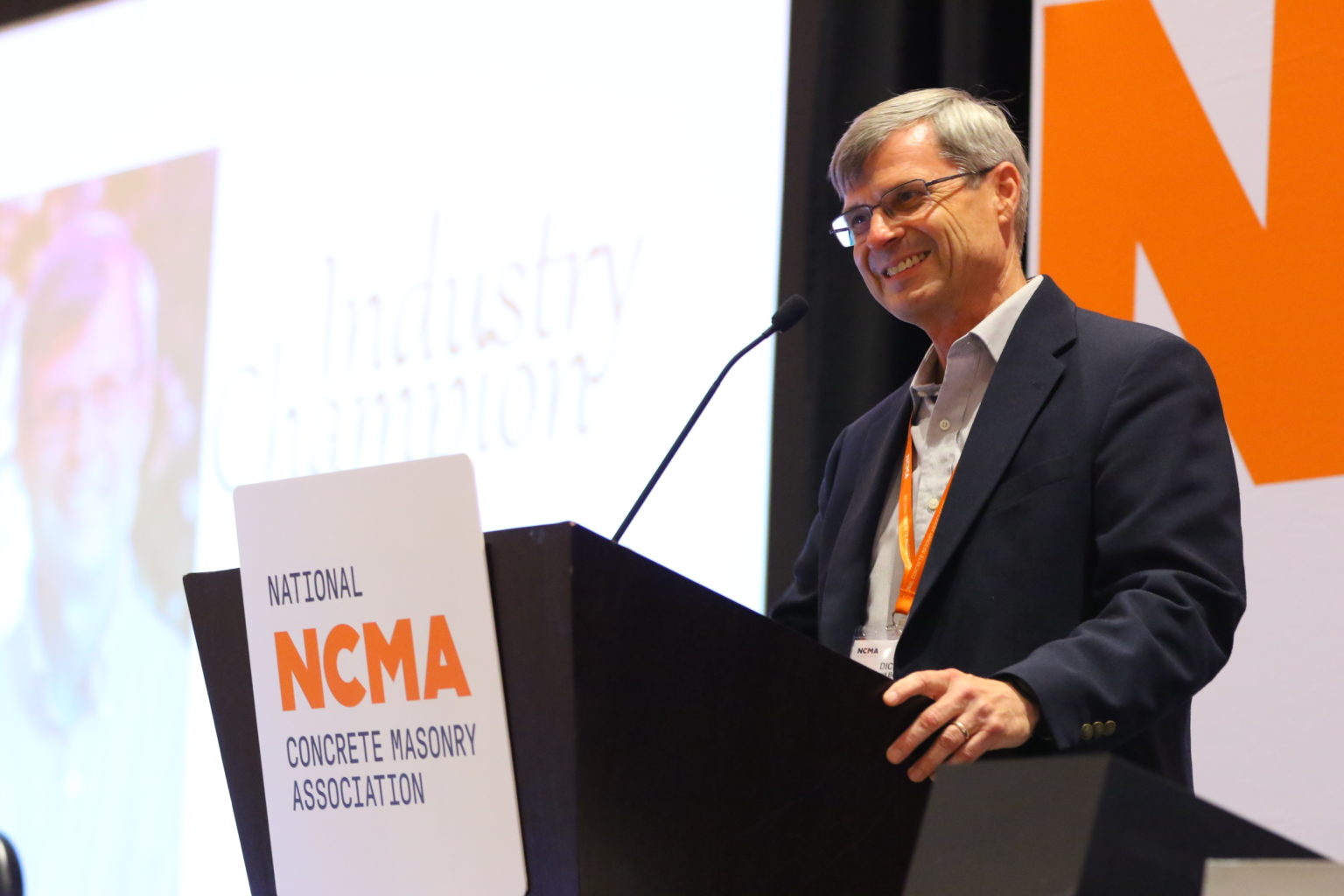 The NCMA Industry Champion Award recognizes individuals that make significant contributions in roles beyond what can be accomplished by the association alone, and honors these meritorious contributions that support the advancement of the use of concrete products.

An award recipient already many times over – including the The Masonry Society’s (TMS) President’s Award in 2016 — Bennett was nominated by ten different individuals who had affiliations with not just NCMA, but other associations, organizations, companies and groups within the industry that collectively demonstrated the highest admiration for both the career and work he’s put forward. In doing so, as peers they have also recognized his legacy for the vision, leadership and passion that have contributed to advancing concrete masonry design and construction.

Bennett’s lauded engineering career started in Ohio in the late 1970s. After receiving his undergraduate degree from Cleveland State University with a civil engineering focus in 1979, he continued to study within the discipline and obtaining both a masters and doctorate from the University of Illinois in Urbana in 1981 and 1983.

Since then, he has been a professor at UT, and while maintaining that growingly prestigious day job, he’s managed to tally many a milestone within the masonry industry.

Bennett has chaired multiple TMS subcommittees throughout the years and served as chair during some of the most important cycles. He is recognized by many as the most prolific developer and reviewer of code change proposals, integrating some of the latest and greatest practices into TMS 402/602. He is also an active member of ASTM Committees C12 and C15; bringing these practical and material-based procedures back to his classroom.

He was instrumental in organizing and participating in a recent veneer summit that managed to bear the fruit of new engineered design methods for both anchored and adhered veneers installed over thick layers of insulation. He was also part of the group of five people that met and developed the latest version of the Direct Design Software, helping to refine functionalities through his insightful input.

“There are those that are highly competent technically and professionally, those that radiate effective leadership and responsibility, and those that have the ability to skillfully communicate delicate and complex topics with seamless ease,” said Jason Thompson, NCMA’s Vice President of Engineering. “Richard encompasses all of these facets in both tangible and intangible ways to help advance the masonry industry. His contributions to the researching, analyzing, and teaching the art of masonry design are immeasurable.”

“He’s been involved with a bunch of things that we as an industry not only need to advance, but he’s also recognized for us some of the drivers out there in the marketplace,” Thompson continued. “He brings all of this back to his classroom and transforms it into practical communication and education for his students while also working with us as an industry and framing his expertise in a very similar practical manner.”

“In and around our industry you simply can’t find someone more dedicated, more knowledgeable than Richard Bennett,” said Robert Thomas, NCMA president. “To be a truly effective educator you have to have a deep, keen understanding of the material you’ve attempting to imbue. And it’s more than just teaching — it’s igniting curiosity and elucidating the big picture. In addition to his many students, we are just thankful that Richard has taken all this time to help inspire us, too. We’re so proud to extend this honor to him.”

Bennett has been supported throughout his career by his wife Linda and his daughters.